Aftermath of a landslide in southern Kyrgyzstan • Earth.com

Aftermath of a landslide in southern Kyrgyzstan 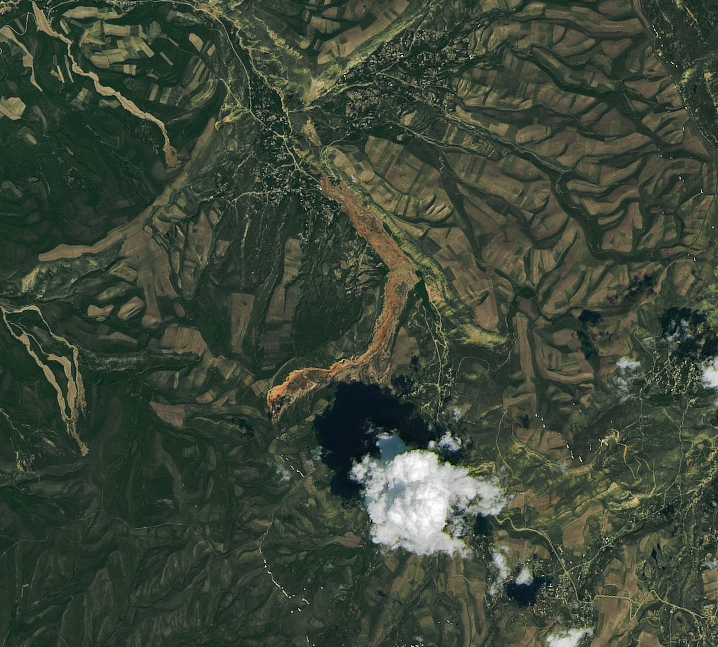 Today’s Image of the Day comes thanks to the NASA Earth Observatory and features a look at the aftermath of a landslide in southern Kyrgyzstan.

The landslide occurred in April 2017 just outside the village of Kurbu-Tash in southern Kyrgyzstan, which is an area that is prone to frequent dangerous landslides. According to Kyrgyzstan’s Ministry of Emergency Situations, this landslide moved over 2.8 million cubic meters of soil.

Kyrgyzstan is a landlocked and mountainous country located in Central Asia.

The image was captured by the Operational Land Imager on board the Landsat 8 satellite.