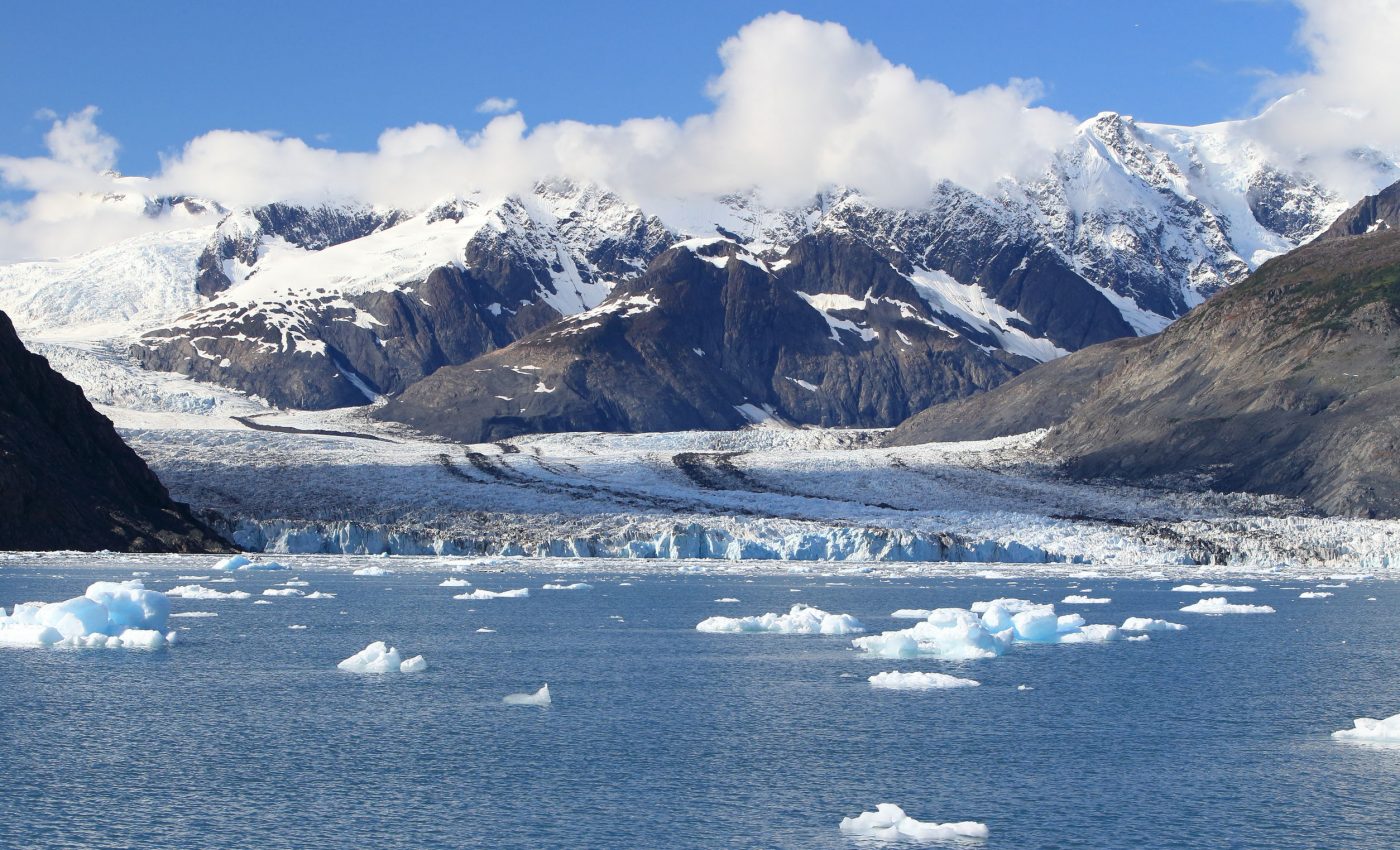 The Alaskan Peninsula and Aleutian Islands are shown in this image acquired by the MODIS on the Terra satellite, on May 25th, 2006. The Aleutians are a chain of more than 300 small volcanic islands forming an island arc in the Northern Pacific Ocean.

Therefore extends about 1,200 miles westward from the Alaskan Peninsula. Nearly all of the islands are part of Alaska. Also at the extreme western end of the archipelago are the small, geologically-related, but remote Komandorski Islands.  Although in literature  the term ‘Alaska Peninsula’ was used to denote the entire northwestern protrusion of the North American continent. All of what is now the state of Alaska, exclusive of its panhandle and islands. The Lake and Peninsula borough, the Alaskan equivalent of a county, is named after the peninsula.