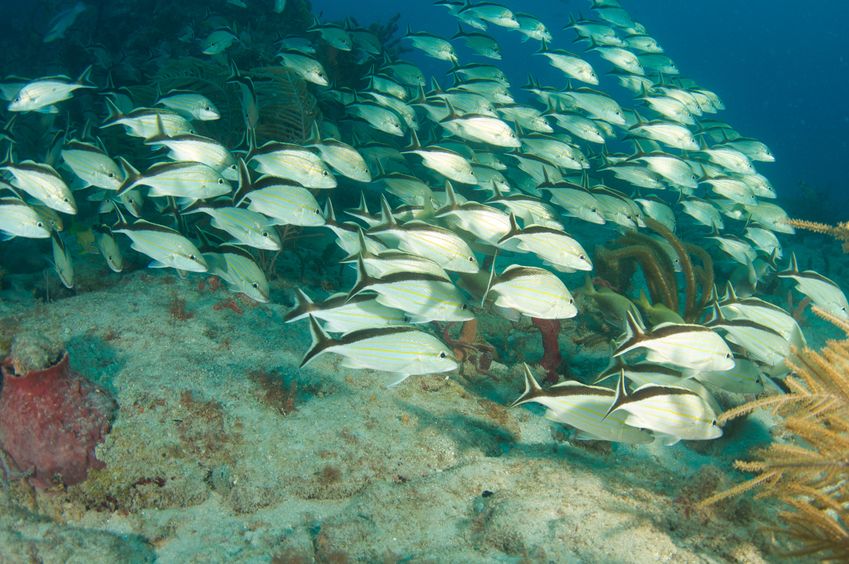 An Amberjack school on Jeff’s Reef, Oculina Bank on August 29. These fish were swimming much too fast past the submersible camera to count with the naked eye.

Amberjacks are predators. They feed on pelagic and benethic fish. This includes squid and crustaceans, as well as sardines and bigeye scad. Younger juvenile jacks tend to feed on plankton and small invertebrates.

Greater Amberjacks mature at around 4 years old, and migrate in late spring to early summer (March to June) to reproduce. They migrate to deeper water to spawn, producing their young near shipwrecks or large objects as a safe haven.

Females are much larger than males, and have a higher life expectancy. The maximum lifespan for a female is 17 years, whilst the average is 10 due to popular demand for big game fishing and it is a popular meat.

They also have their predators. Amberjacks are not top of the food chain in their habitat, and therefore are prone to being prey for Yellowfin Tuna, sharks and other larger fish.