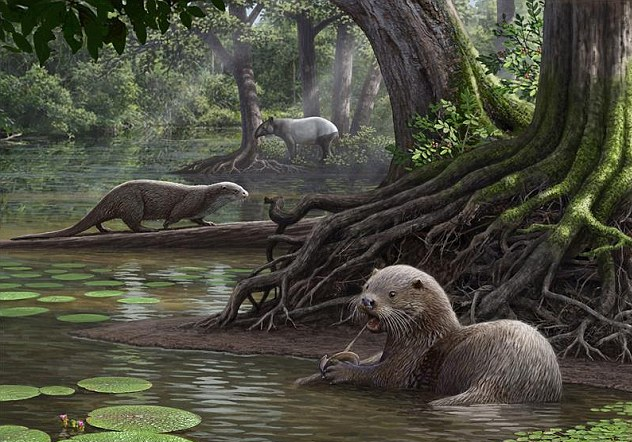 An international team of researchers have discovered the fossils of a wolf-sized ancient otter species that roamed the Earth 6 million years ago. The remains were discovered in the swamp waters of the Yunnan Province in southwestern China.

The newly discovered species, formally named Siamogale melilutra, weighed roughly 110 lbs, roughly twice the size as modern day otters. The ancient otter came equipped with a strong jaw and enlarged cheek teeth, which are thought to have been adaptations for eating freshwater mollusks and and large shellfish.

The researchers discovered a complete cranium, mandible, dentition, and a variety of other skeletal elements, allowing them to piece together the evolution of the species.

“While the cranium is incredibly complete, it was flattened during the fossilization process. The bones were so delicate that we could not physically restore the cranium. Instead, we CT-scanned the specimen and virtually reconstructed it in a computer,” said Dr. Su.

Once completed, the CT restoration showed a combination of otter-like and badger-like features. This led to the species name “melilutra,” a reference to “meles” which is the Latin term for badger, and “lutra,” the latin term for otter.

“Multiple otter lineages have low-crowned bunodont teeth, leading us to ask the question if this was inherited from a common ancestor or if this was convergent evolution based on common dietary behaviors across different species,” said Dr. Wang, another lead author of the report. “Our phylogenetic analysis suggests that bunodont dentition independently appeared at least three times over the evolutionary history of otters.”

“The discovery of the otter helps solve some questions about otter relationships, but has opened the door to new questions,” Dr. Wang continued. Researchers have yet to determine why the otter was so large and how it moved on both land and water. 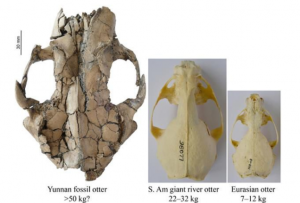 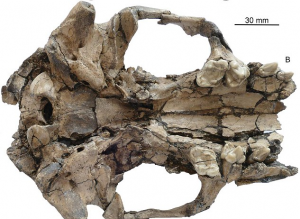