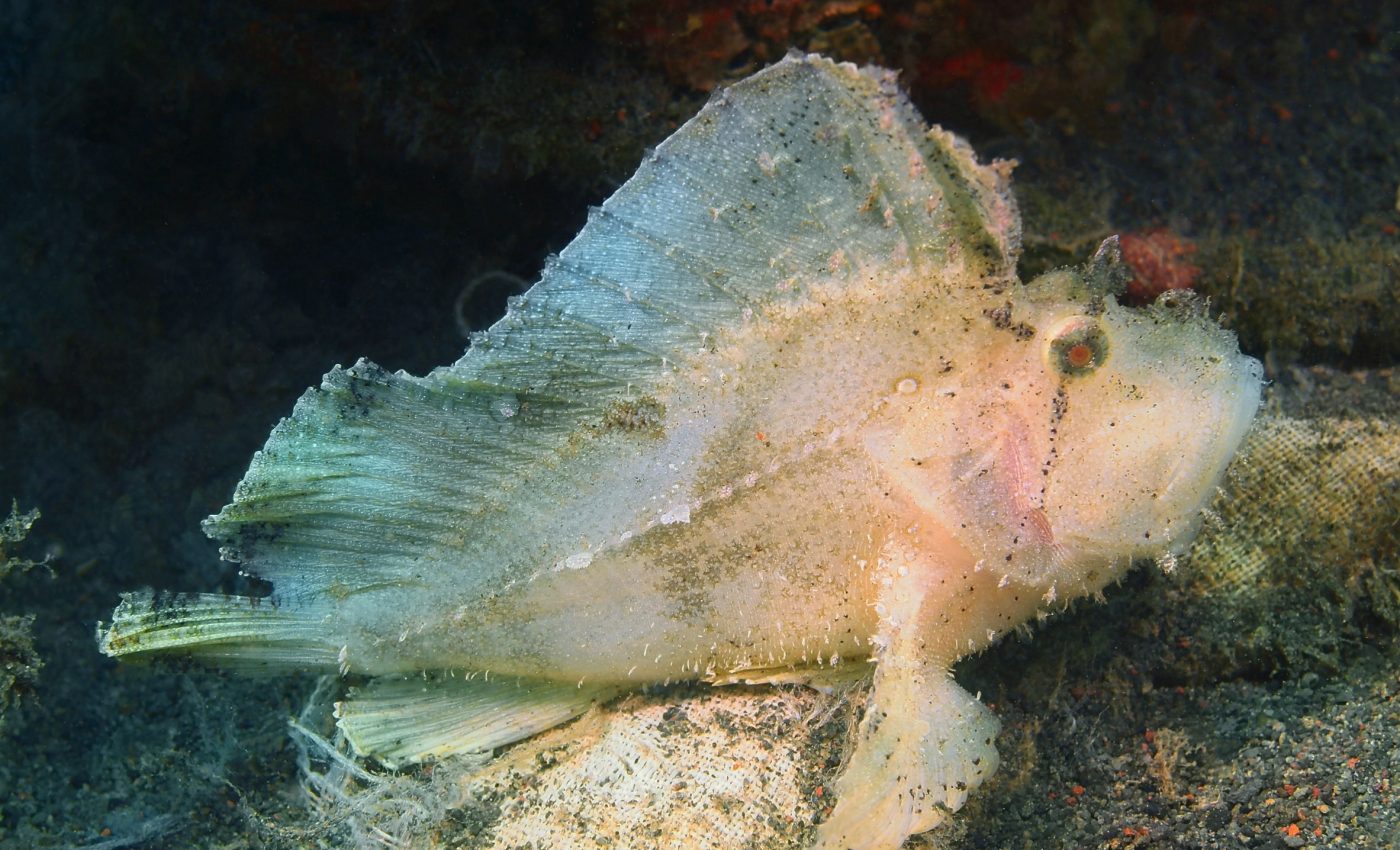 The anglerfish wiggles a bait, or esca (see arrow) to lure its prey. Notice the branched skin flaps that help the undersea angler blend into its surroundings.

Some anglerfish are also notable for extreme sexual dimorphism and sexual symbiosis of the small male with the much larger female, seen in the suborder.

In these species, males may be several orders of magnitude smaller than females.