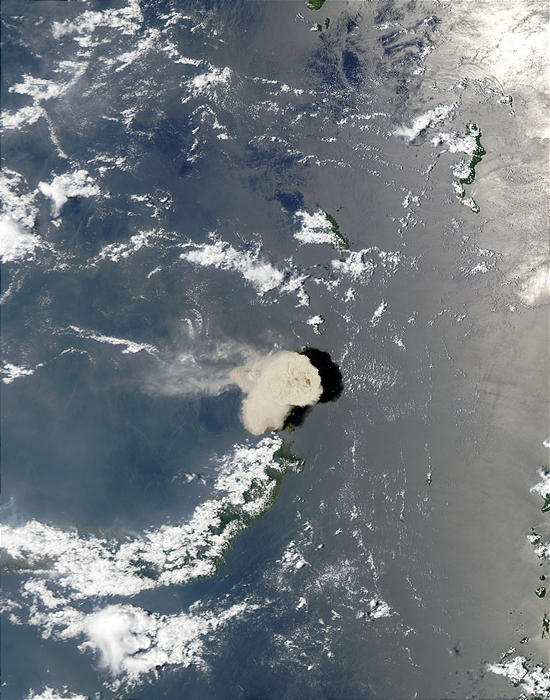 Ash Cloud from Ruang Volcano, Indonesia. Mount Ruang, a stratovolcano in the Indonesian Sulawesi Islands, erupted on September 25, 2002. Therefore sending a large plume of ash (gray pixels) streaming westward toward Borneo and Sumatra. The eruption was preceded by earthquakes on the day before. So it followed by a thick, black column of volcanic ash ejected as high as 5,000 m into the sky on the 25th. While no fatalities were reported, more than 1,000 residents on Ruang Island were forced to evacuate to nearby islands.

This comparison pair of true-color images was acquired by the Moderate Resolution Imaging Spectroradiometer, flying aboard NASA’s Terra and Aqua satellites, on September 25.  Although you may Notice how much the plume had grown in just that 3-hour span of time.