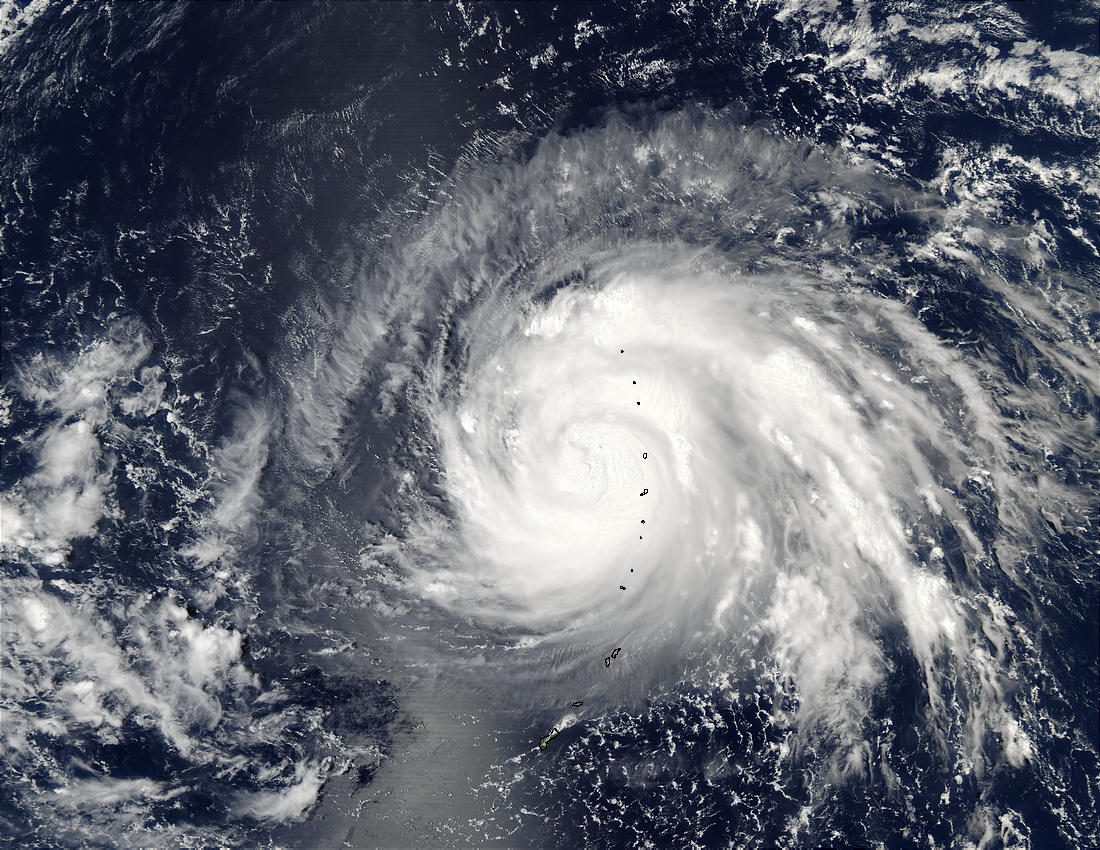 In this true-color image from the Moderate Resolution Imaging Spectroradiometer on the Aqua satellite, Typhoon Higos sweeps across the Mariana Islands with maximum sustained winds of 86 mph (75 knots). The image was acquired September 28, 2002.

Typhoon Higos was considered the third strongest typhoon to affect Tokyo since World War II. The 21st named storm of the 2002 Pacific typhoon season, Higos developed on September 25 east of the Northern Marianas Islands. It tracked west-northwestward for its first few days, steadily intensifying into a powerful typhoon by September 29. Higos subsequently weakened and turned to the north-northeast toward Japan, making landfall in that country’s Kanagawa Prefecture on October 1. It weakened while crossing Honshu, and shortly after striking Hokkaidō, Higos became extratropical on October 2. The remnants passed over Sakhalin and dissipated on October 4.