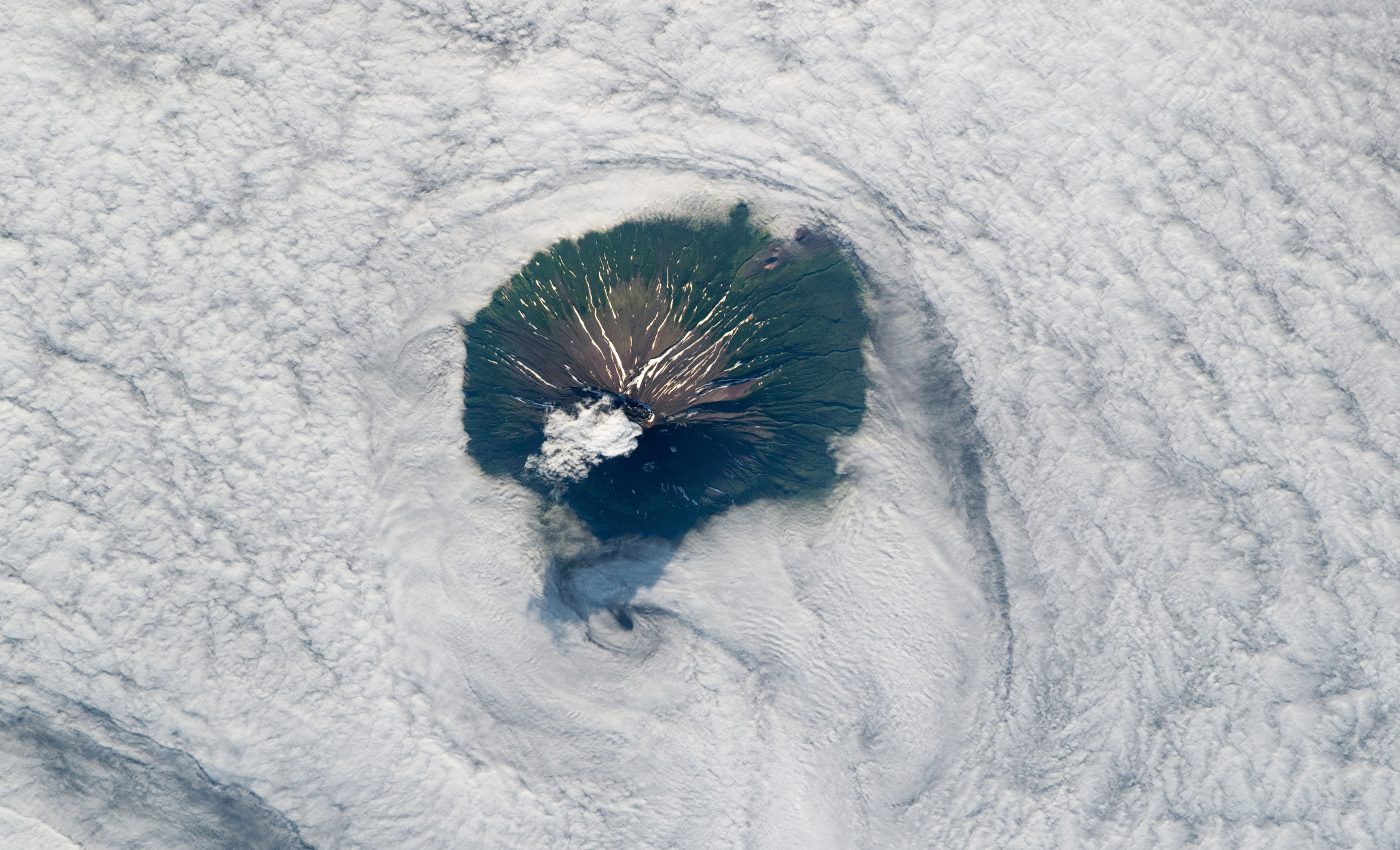 The island, which was formed by the Alaid Volcano, is part of a volcanic archipelago known as the Kuril Islands. This archipelago stretches from northeast Japan to Kamchatka.

Across the slopes of the central mountain, channels and gullies that have been carved out by liquid water and ice are highlighted by snow as they extend toward the shoreline.

Atlasov is the northernmost island and volcano. Alaid is still active, with reports of ash plumes as recently as September of 2019.

The image was captured by an astronaut onboard the International Space Station.The island is named after Vladimir Atlasov, a 17th-century Russian explorer who incorporated the nearby Kamchatka Peninsula into Russia. It is essentially the cone of the submarine volcano Vulkan Alaid protruding above the Sea of Okhotsk to a height of 2,339 metres (7,674 feet). The island has an area of 119 square kilometres (46 square miles), but is currently uninhabited. Numerous pyroclastic cones dot the lower flanks of basaltic to basaltic andesite volcano, particularly on the NW and SE sides, including an offshore cone formed during the 1933–34 eruption.