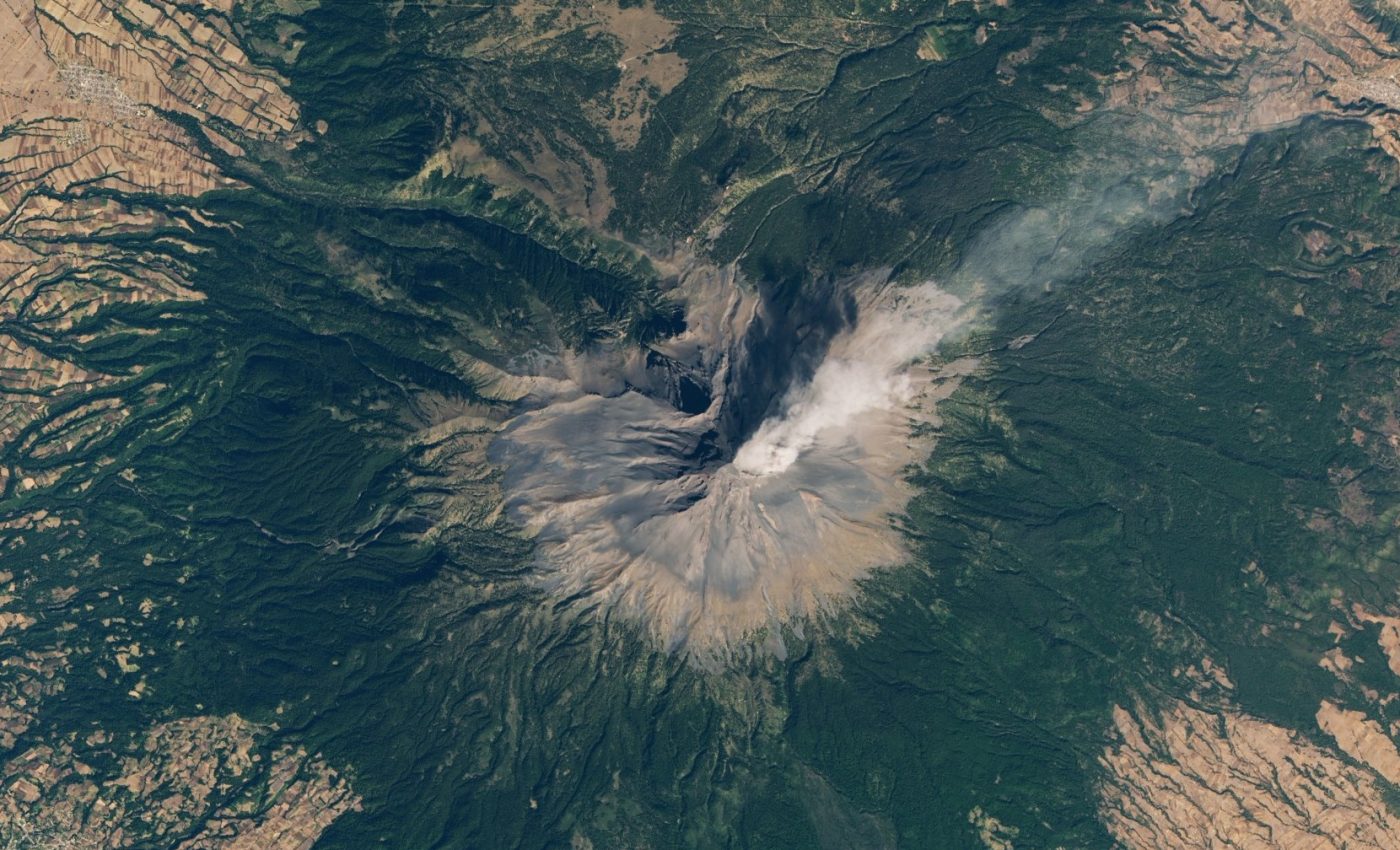 Popocatépetl, which is Aztec for “smoking mountain,” has been erupting since January of 2005 with low-intensity emissions of gas, steam, and ash.

On January 6, the Washington Volcanic Ash Advisory Center (VAAC) reported a volcanic ash plume that rose to around 21,000 feet above the volcano. Officials warned people not to approach the volcano or its crater due to falling ash and rocks. Ash plume rises from Popocatépetl

The image was captured on January 2, 2021 by the Operational Land Imager (OLI) on Landsat 8.Popocatépetl is an active stratovolcano, located in the states of Puebla, Morelos and Mexico, in central Mexico, and lies in the eastern half of the Trans-Mexican volcanic belt. At 5,426 m (17,802 ft) it is the second highest peak in Mexico, after Citlaltépetl (Pico de Orizaba) at 5,636 m (18,491 ft). It is linked to the twin volcano of Iztaccihuatl to the north by the high saddle known as the “Paso de Cortés”. Izta-Popo Zoquiapan National Park, wherein the two volcanoes are located, is named after them. Popocatépetl is 70 km (43 mi) southeast of Mexico City,