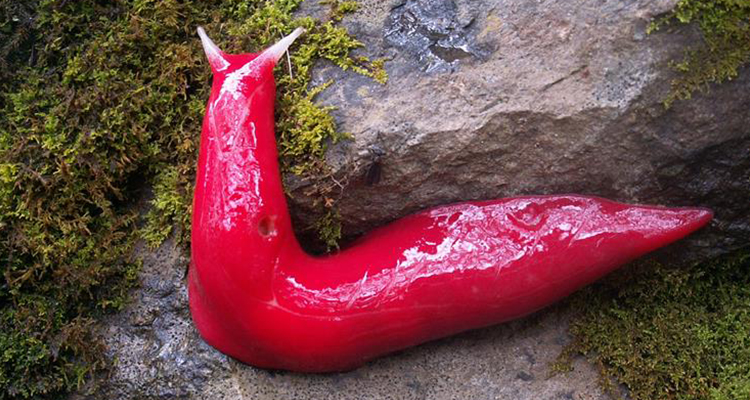 This is probably where they originally got the color “fuscia.” This Australian Slug of Death (the official scientific term… when you don’t check out the real scientific term) is the ugliest thing that’s ever lived on the planet, short of Keith Richards.

These slugs graze on algae which grows on the surface of the smooth bark of some eucalyptus trees and on rocks. Sometimes the slugs enter houses and have been known to graze on the mold that grows on bathroom walls.
This species of slug has been found to have an unusual defensive mechanism. It can secrete a kind of sticky mucus (different from the slippery slime secreted when it moves) that is strong enough to glue predators down for days. The glue is strongest in wet conditions and becomes less sticky as it dries. The cells responsible for secreting the glue are located across the dorsal surface.