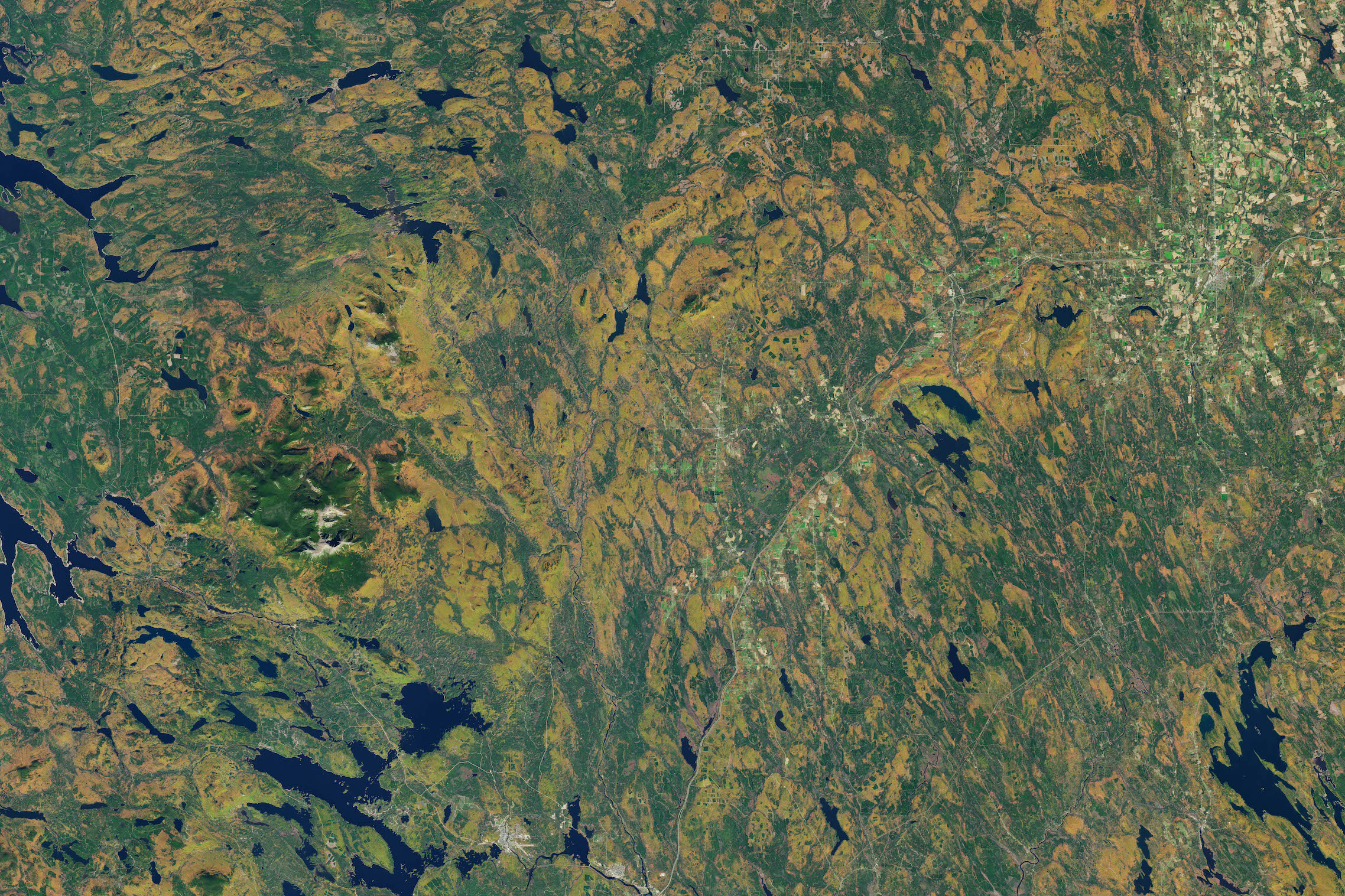 It’s that time of year again when the leaves change colors before falling off for the winter. Here in Baxter State Park can be seen a beautiful array of reds, oranges, tans, and greens.

Maine (/meɪn/ (listen)) is the northernmost state in the northeastern United States. Maine is the 12th smallest by area, the 9th least populous, and the 13th least densely populated of the 50 U.S. states. It is bordered by New Hampshire to the west, the Atlantic Ocean to the southeast, and the Canadian provinces of New Brunswick and Québec to the northeast and northwest, respectively. Maine is the only state to border exactly one other state, is the easternmost among the contiguous United States, and is the northernmost state east of the Great Lakes.
Maine is known for its jagged, rocky coastline; low, rolling mountains; heavily forested interior; and picturesque waterways, as well as its seafood cuisine, especially lobster and clams. There is a humid continental climate throughout most of the state, including coastal areas. Maine’s most populous city is Portland and its capital is Augusta.