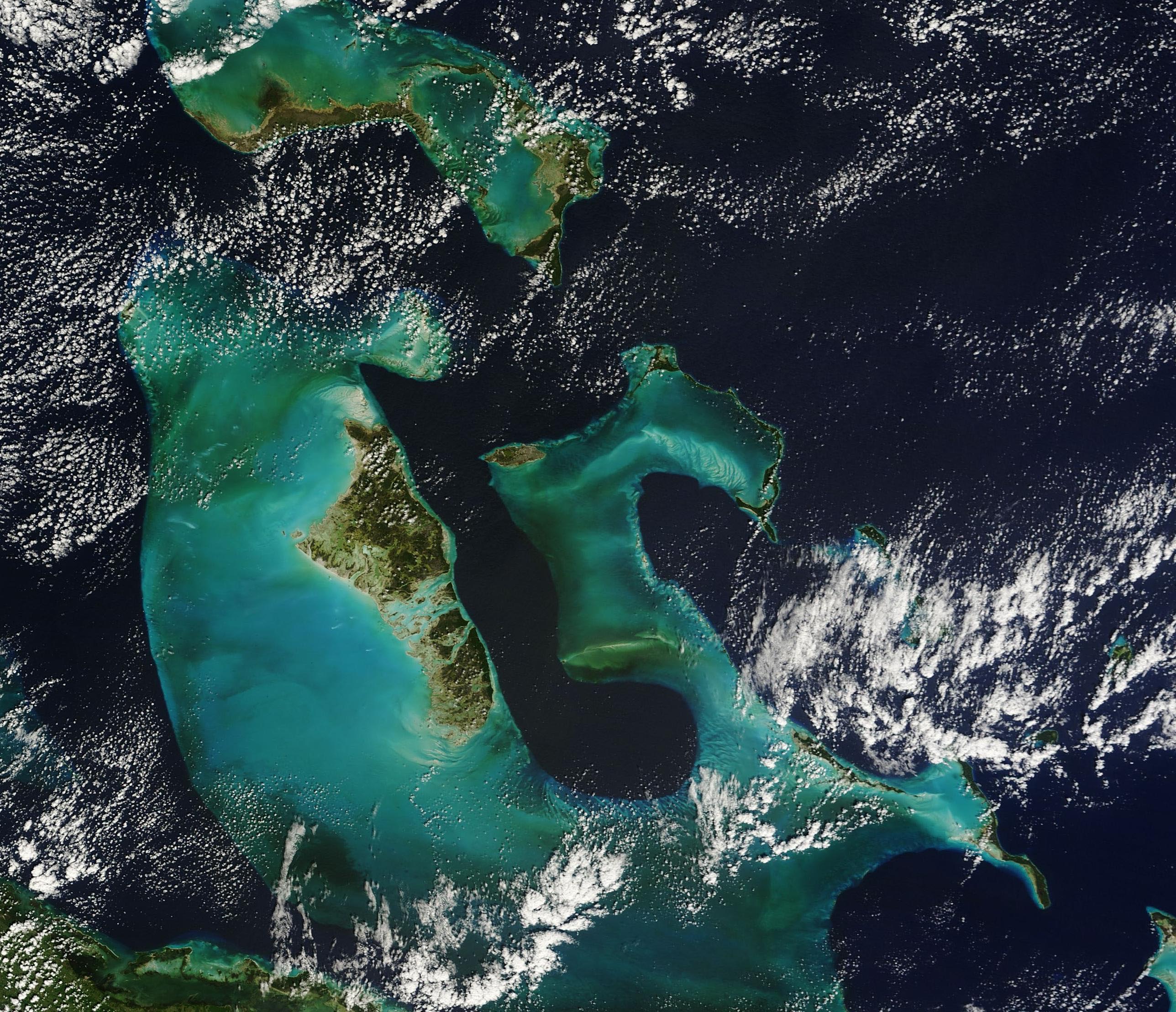 Bright jewel-like colors sparkle in the shallow waters around The Bahamas and many islands, cays, and islets while the dark navy-blue waters of the Atlantic Ocean creates a dramatic color contrast. The Moderate Resolution Imaging Spectroradiometer (MODIS) aboard NASA’s Terra satellite captured this stunning true-color image on October 19, 2016.

The Bahamas is an island nation made up of about 700 islands, cays, and islets which sit on shallow underwater plateaus (also known as banks). The largest plateau is the Great Bahama Bank, which underlies Andros island in the west, Eleuthera Island in the east, and New Providence Island (home to the capital city of Nassau) in the north. The varied colors of the banks visible in this image suggest the uneven floor underlying the waters in this region. The sharp outline of the dark blue indicates the dramatic drop from the plateau to the ocean floor. In the banks, the water depth can often be as shallow as 10 meters (33 feet) while the ocean basin drops as low as 4,000 meters (13,100 feet).

Hurricane Matthew struck the Bahamas on October 5-6 as a Category 3 and 4 hurricane, with winds of over 140 mph (225 km/h). The major damage was felt in the northern islands, with reports of severe damage to buildings, power outages, and boats pushed ashore by dangerous storm surge. Heavy winds and drenching caused damage on New Province, primarily power outages and cancellations of numerous airline flights. Andros and Eleuthera reported less damage than the northerly islands.