Bolivia's forests are burning with little relief in sight • Earth.com

Bolivia’s forests are burning with little relief in sight 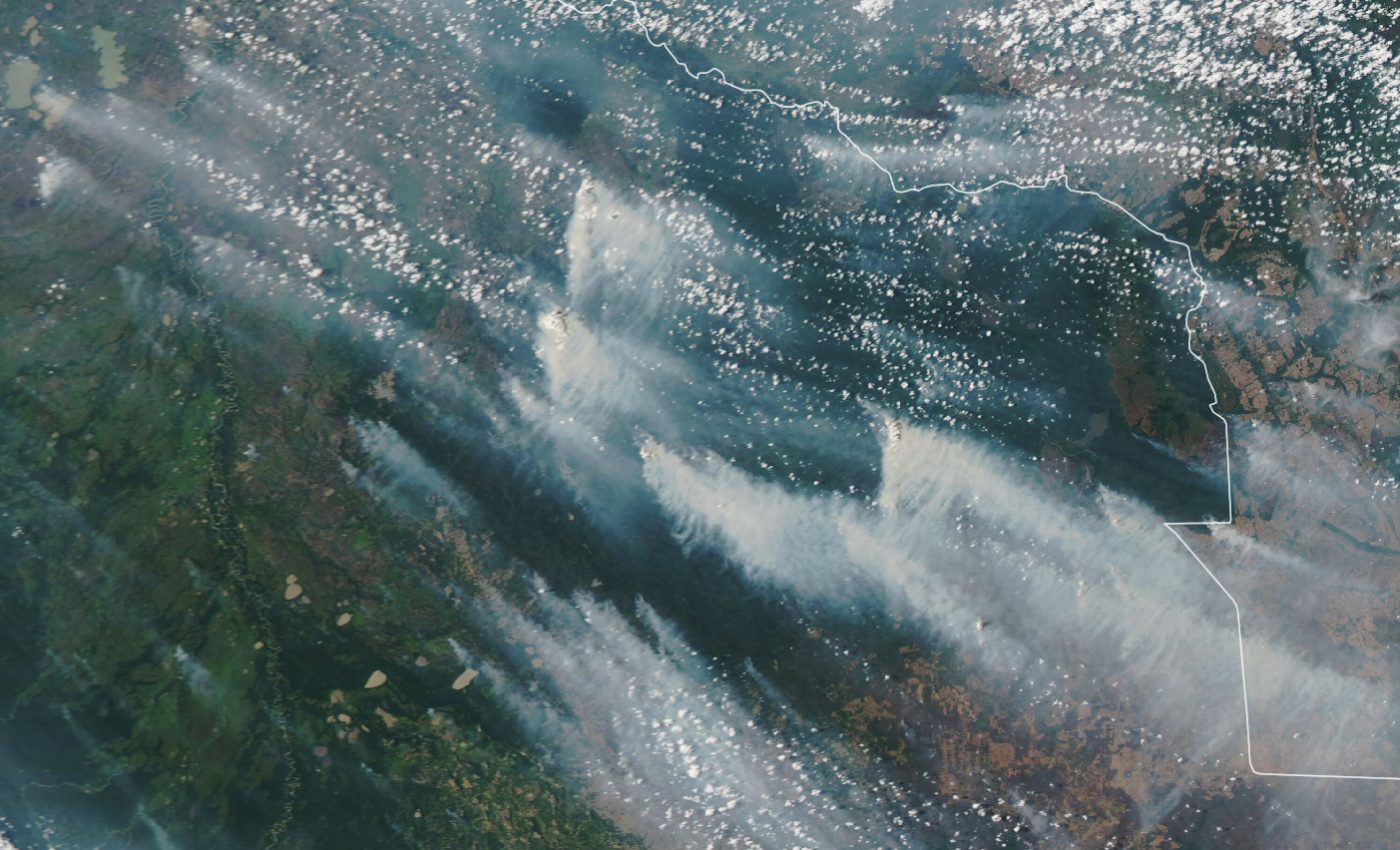 Today’s Image of the Day from NASA Earth Observatory shows smoke streaming from destructive wildfires across the Chiquitano forest of eastern Bolivia.

Controlled fires are a common seasonal occurrence in the region, but fires are burning out of control this year after persistent drought and a recent heatwave.

Satellites have observed fires burning throughout August, September, and October, and the government has declared a state of emergency.

More than 1.5 million acres have burned in Bolivia, causing widespread damage to crops and grazing lands.

The fires will be difficult to contain in the next few weeks, as high temperatures and winds are expected with little rain in the forecast.

The image was captured on October 9, 2020 by the Moderate Resolution Imaging Spectroradiometer (MODIS) on NASA’s Aqua satellite