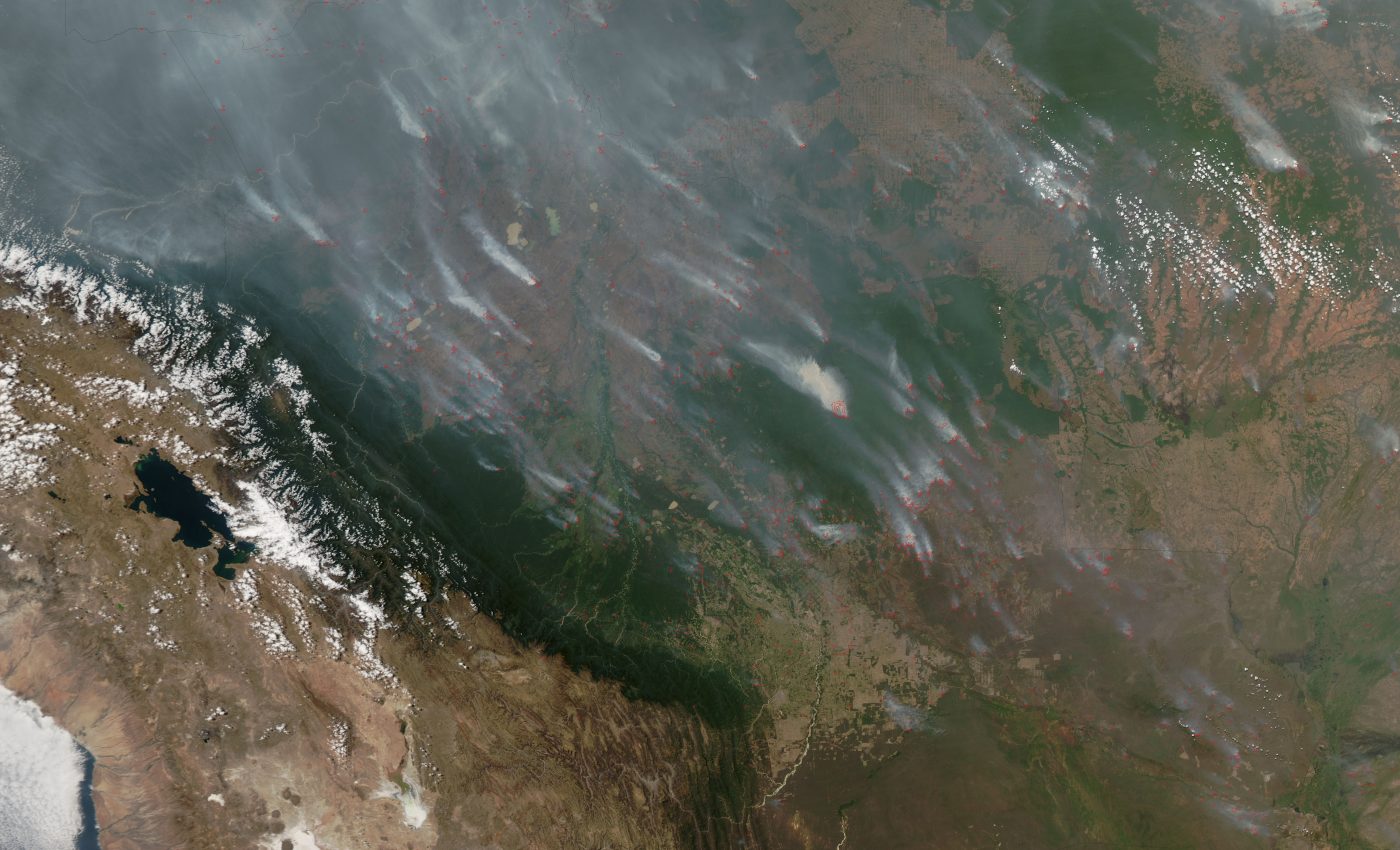 Rain dampened most of the fires raging throughout Bolivia in early September 2010, but the fire disaster was not entirely over. By September 8, when the Moderate Resolution Imaging Spectroradiometer (MODIS) on NASA’s Aqua satellite acquired this image, sunny skies had returned and more than 500 fires burned in Bolivia, said the government. At the height of the fire emergency, the government had reported nearly 40,000 fires.

On September 8, the fires were concentrated in the state of Santa Cruz, shown in this image. Fires are outlined in red. The majority of the fires burn outside the dark green rainforest either on the edge of the forest or on brown land that had previously been cleared. These fires were probably started deliberately, since fire is a common land management practice in the Amazon basin. However, the largest of the fires burns in the heart of the Vida Silvestre Rios Blanco y Negro Reserve. Several fires also burn in the nearby Noel Kempff National Park. These fires may not be deliberate.

The fire emergency developed in Bolivia because of extreme drought. The lack of moisture meant that even Bolivia’s rainforests were vulnerable to fire in 2010. Fires set to clear land easily burned out of control in the dry conditions.

In addition to burning millions of hectares of land, the fires veiled most of Bolivia in smoke. The poor air quality is evident in the large image, which shows smoke over most of northern Bolivia and widespread fires and smoke in Brazil.