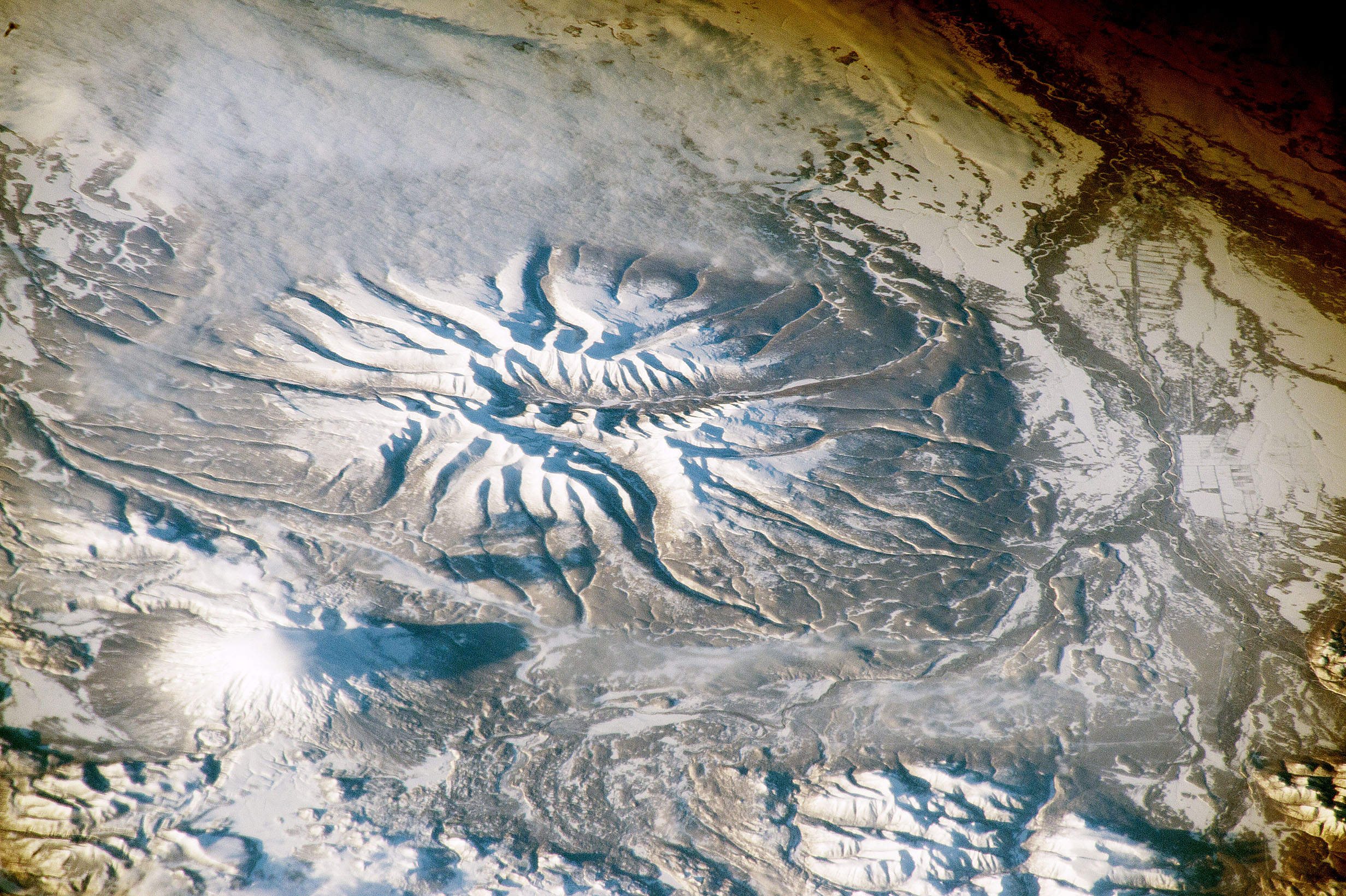 Bolshaya Ipelka And Opala An astronaut aboard the International Space Station (ISS) took this photograph of two snow-covered volcanoes in Russia’s Far East. The image is centered on Bolshaya Ipelka. Measuring 40 kilometers (25 miles) wide at its base, the volcano is considered by geologists to be the largest volcanic structure in southern Kamchatka. Bolshaya Ipelka is an older, inactive volcano, with deep valleys along its flanks that were excavated by glaciers flowing out from the summit during the ice ages of the past two million years. The summit is the most severely eroded part of the original cone; it originally had a much higher elevation than its present 1155 meters (3,785 feet).

By contrast, the much smaller Opala stratovolcano has a cone that measures 14.5 kilometers (9 miles) at the base. It is still active—last erupting about 300 years ago—and therefore shows a more classic cone shape. In this uneroded state, Opala stretches to a much greater altitude (2475 meter or 8,120 feet) than Bolshaya Ipelka. The summit is high enough that it was obscured by a small cloud on the day of this photo. NASA’S view

Over the years, ISS crews have photographed several active volcanoes in this tectonically active part of the world. Low sun angles often make for dramatic three dimensional shots, as do the frequent eruptions.