Brazilian coral reef found at the mouth of the Amazon • Earth.com

Brazilian coral reef found at the mouth of the Amazon 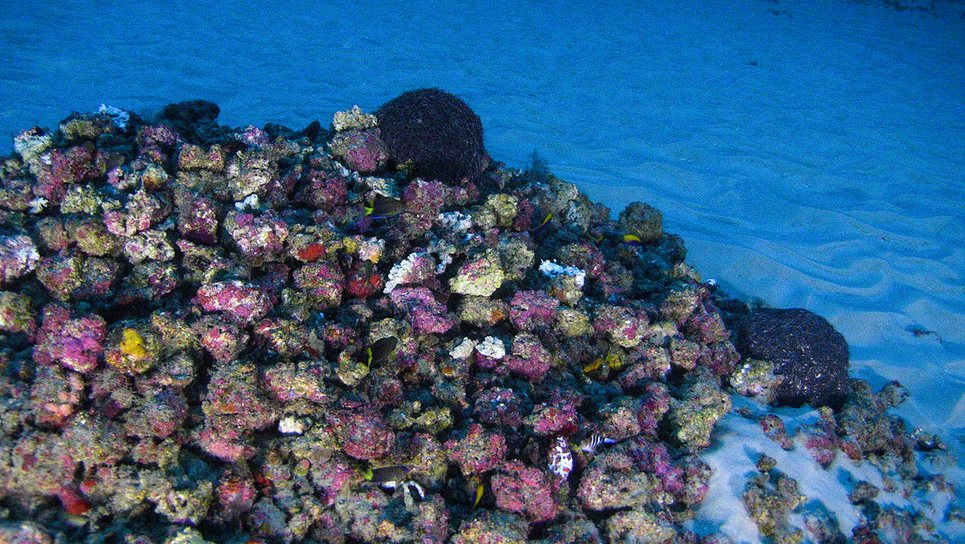 Today’s Image of the Day is one of the first photographs released of the stunning Brazilian coral reef that scientists discovered just last year at the mouth of the Amazon River.

The Brazilian coral reef is 600 miles long and stretches from Brazil’s Maranhao state all the way to French Guiana. Its very existence surprised researchers, as most major rivers have large gaps in coral reef systems at their mouths. Coral is usually found in clear water with lots of sun, but the water at the mouth of the Amazon gets extremely muddy and dark.

This photo was taken on a submarine 220 meters below the Greenpeace ship Esperanza.

The coral reef is home to at least 73 species of fish, stars, and lobsters along with 60 species of sponges. Researchers expect to discover more new species as they explore it further.

“This reef system is important for many reasons, including the fact that it has unique characteristics regarding use and availability of light,” said Nils Asp from the Federal University of Pará in Belém, Brazil. “It has a huge potential for new species, and it is also important for the economic well-being of fishing communities along the Amazonian coastal zone.”

But oil companies have already planned on drilling in the area, a move that puts the Brazilian coral reef in danger of severe damage, if not complete destruction. BP, Total, and Petrobras have already received oil exploration blocks and could commence drilling if the Brazilian government authorizes.

“We must defend the reef and the entire region at the mouth of the Amazon river basin from the corporate greed that puts profits ahead of the environment,” said Greenpeace advocate Thiago Almeida.