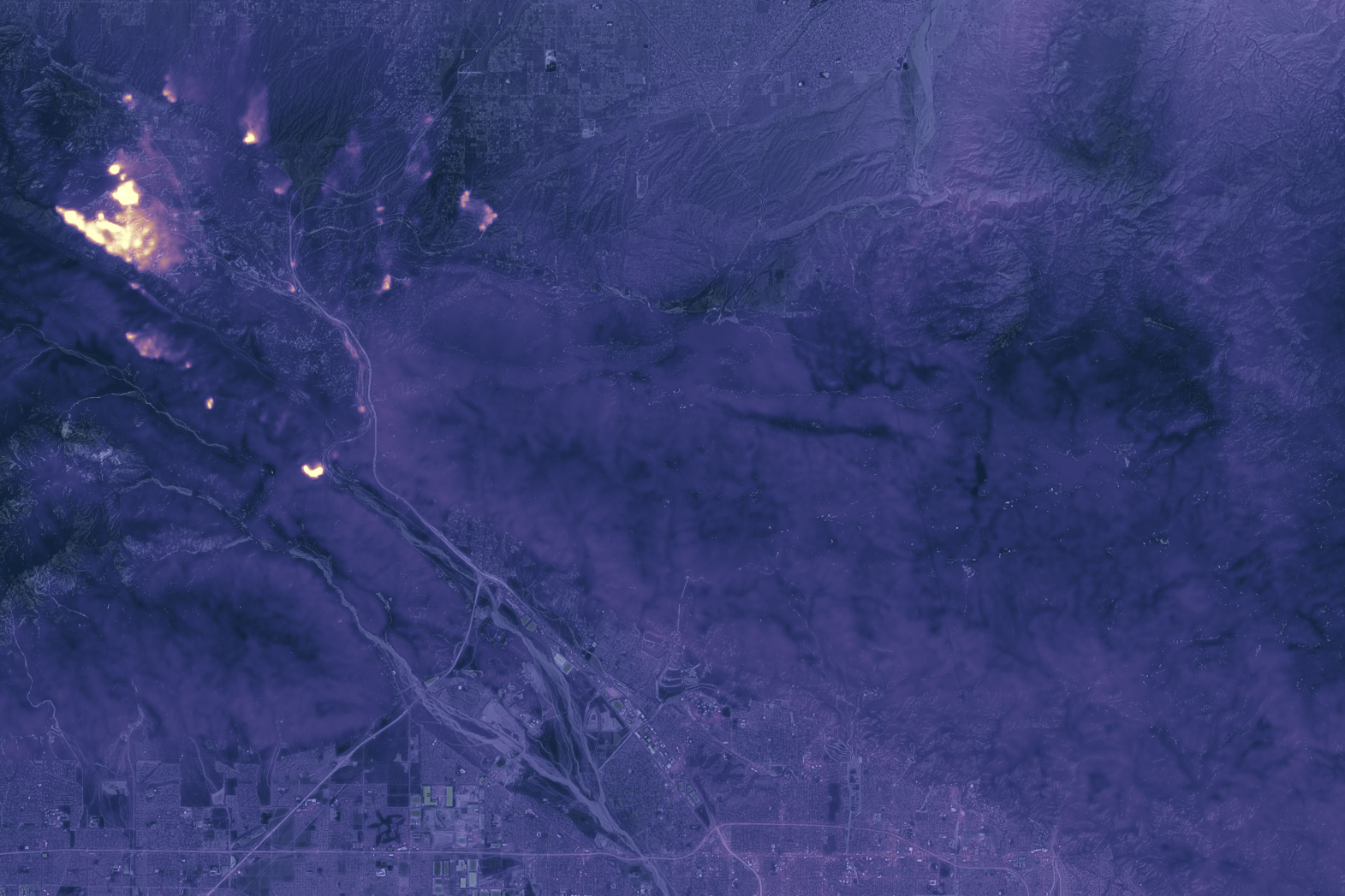 California’s Blue Cut fire has burned homes, caused power outages, and prompted more than 82,000 evacuations in San Bernardino County. The extent of the damage, however, remains unclear. Firefighters have been focused on containing the fire’s perimeter, The Los Angeles Times reported.

The image above shows the Blue Cut fire at 10:36 p.m. Pacific Daylight Time on August 17, 2016, as observed by Thermal Infrared Sensor (TIRS) on the Landsat 8 satellite. TIRS observes in wavelengths of 10.9 micrometers and 12.0 micrometers, showing the amount of heat (thermal energy) radiating from the fiery landscape. Cooler areas are dark, while warmer areas are bright. The thermal data was overlaid on a daytime image for added geographic detail. NASA’s view. California’s Blue Cut fire seen in infrared

The blaze started mid-morning on August 16, 2016 in the Cajon Pass, west of Interstate 15, according to CalFire. By midday on August 18, it had grown to 31,689 acres. At least 1,584 firefighting personnel were on the scene working with 178 engines, 10 air tankers, 2 Very Large Air Tankers (VLATS), and 17 helicopters. Also California’s Blue Cut fire seen in infrared in this image as seen above. Therefore the bright dots showing the fires surrounding the areas that spread wide. Therefore the blue cut fire was one of the biggest fires.

Cameras captured video of at least one fire whirl, a “spinning vortex column of ascending hot air and gases rising from a fire and carrying aloft smoke, debris, and flame,” according to the Bureau of Land Management. The Blue Cut fire was one of ten major fires burning in the United States on August 18, 2016, according to the National Interagency Fire Center.