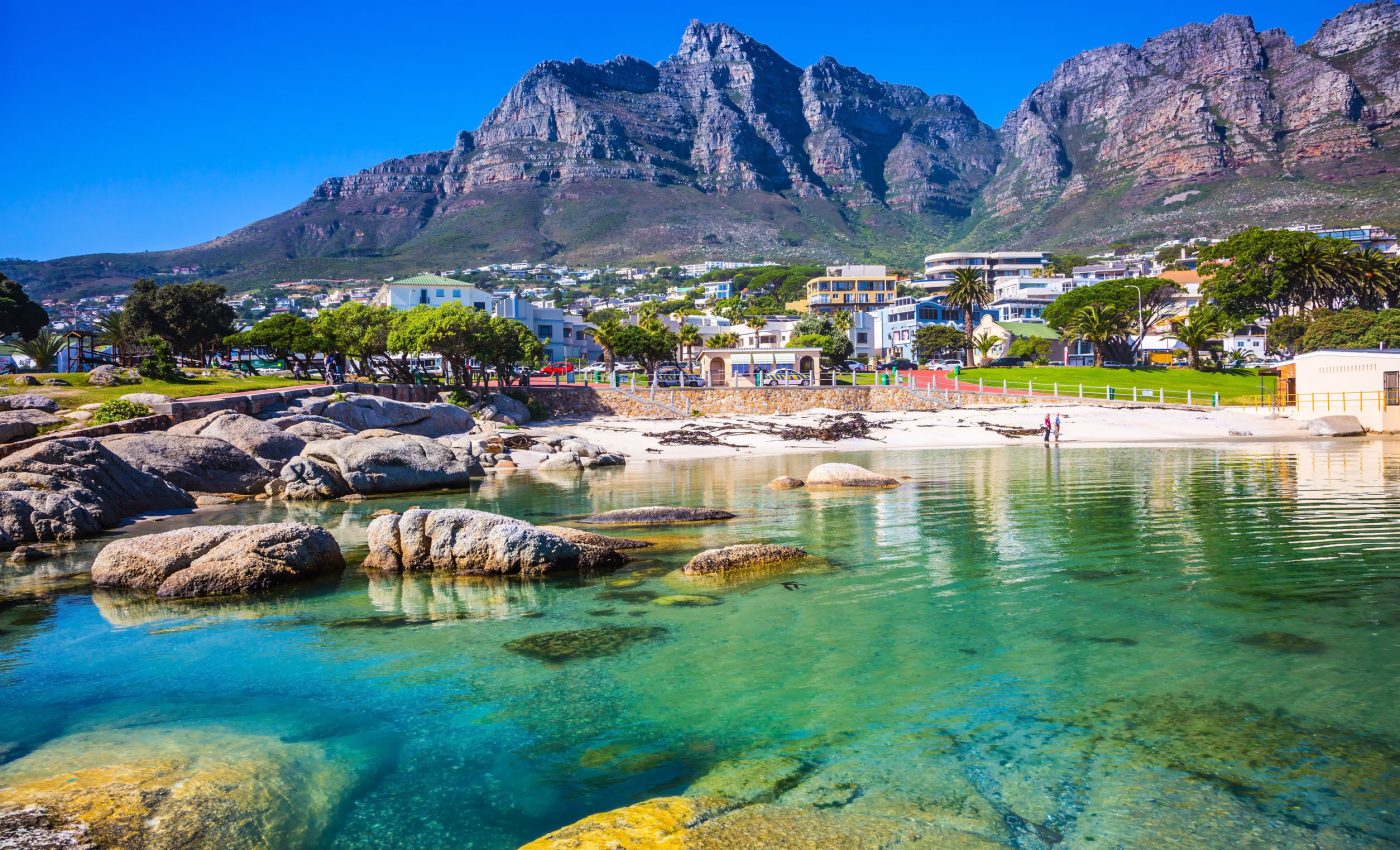 Cape Town South Africa and the far southwestern tip of Africa are featured in this image acquired on January 12, 2006. The variety of colors and textures displayed here reveal a complex pattern of land cover and topography. The light tan colored patch at the bottom left of the continent (the south-westernmost tip) along the Atlantic coast is lower than the surrounding, dark-colored regions; this area has an almost Mediterranean climate; featuring wet winters and dry, hot summers.

This wind-swept region is also South Africa’s wine country. The southern tip is greener, reflecting the more even distribution of rainfall throughout the year. Farther north and east is the Karoo regions (the Little Karoo to the south and the Great Karoo to the north), a part desert, part scrubland featuring short shrubs and grasses. Because of this variety in climate and topography, South Africa is a major â€œhotspotâ€ of biodiversity, particularly with regard to plant species. According to Conservation International, the Cape Region contains more species of plants than any area of the world outside of the tropics, including 6,210 endemics (species only found locally). However, this region is under pressure from human activity, including conversion of land to agriculture, urbanization, and the replacement of native species by invasives.