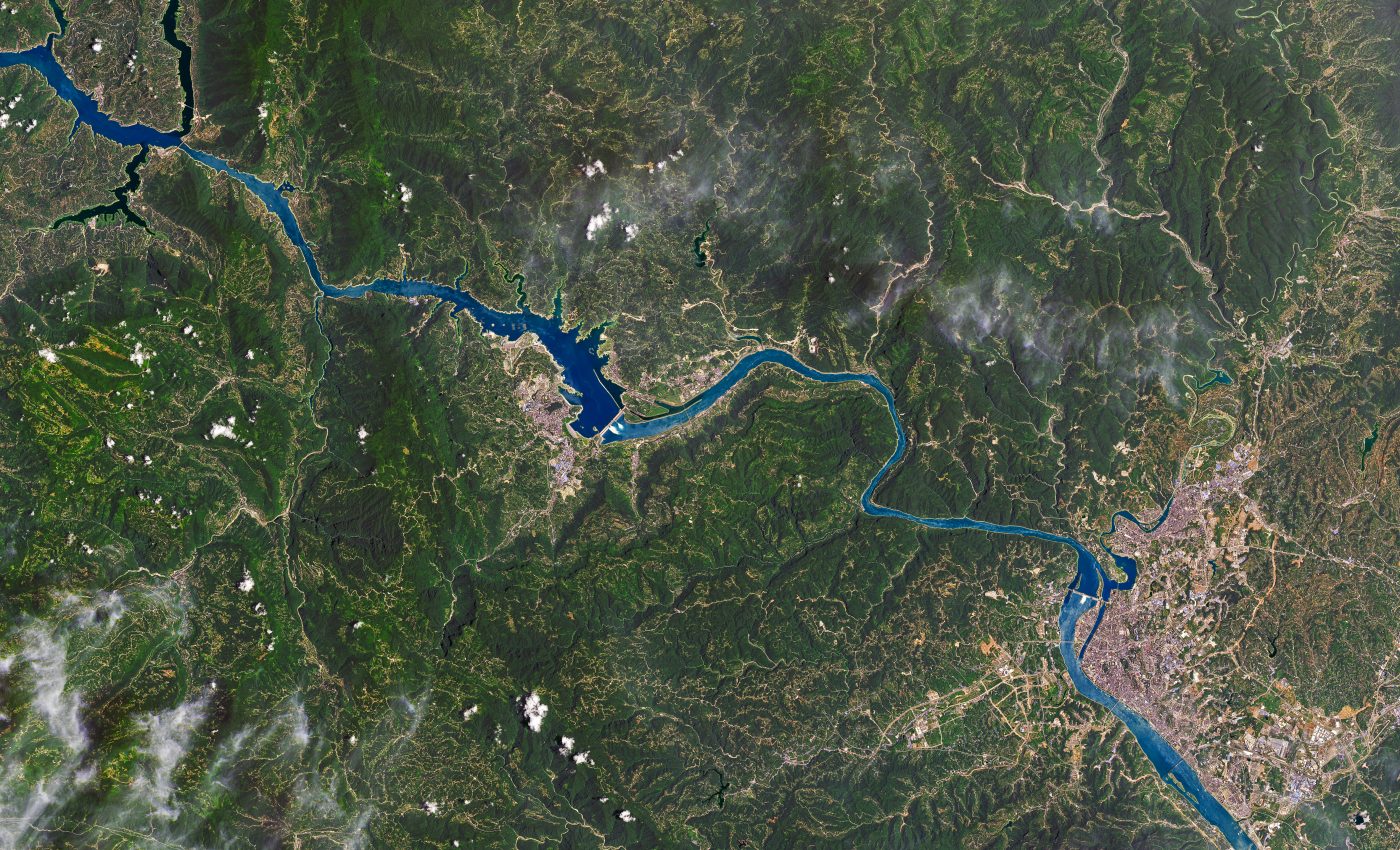 Catastrophic flooding continues in China.  Today’s Image of the Day from NASA Earth Observatory features the longest river in Asia, the Yangtze River, which runs across 3,900 miles of China.

In the weeks since the monsoon season started on June 1, extreme rainfall has triggered the worst flooding in decades across in central and southern China. The Yangtze and more than 90 other rivers have exceeded their flood limit levels.

In Hubei Province, the Three Gorges Dam reservoir reached a record high of 164.18 meters on July 19. The reservoir is built to hold a maximum water level of 175 meters.

According to China’s Ministry of Emergency Management, at least 45 million people have been affected by the flooding across more than two dozen provinces.

Around 35,000 homes have collapsed, and at least 142 people have been killed or gone missing in the floods. Catastrophic flooding continues in China

The image was captured on June 30, 2020 by the Operational Land Imager (OLI) on Landsat 8. China emerged as one of the world’s first civilizations, in the fertile basin of the Yellow River in the North China Plain. For millennia, China’s political system was based on absolute hereditary monarchies, or dynasties, beginning with the semi-mythical Xia dynasty in 21st century BCE. Since then. The invention of gunpowder and movable type in the Tang dynasty (618–907) and Northern Song (960–1127) completed the Four Great Inventions. China is a unitary one-party socialist republic and is one of the few existing nominally socialist states. Political dissidents and human rights groups have denounced and criticized the Chinese government for widespread human rights abuses,