September storms line up in the ocean • Earth.com

September storms line up in the ocean 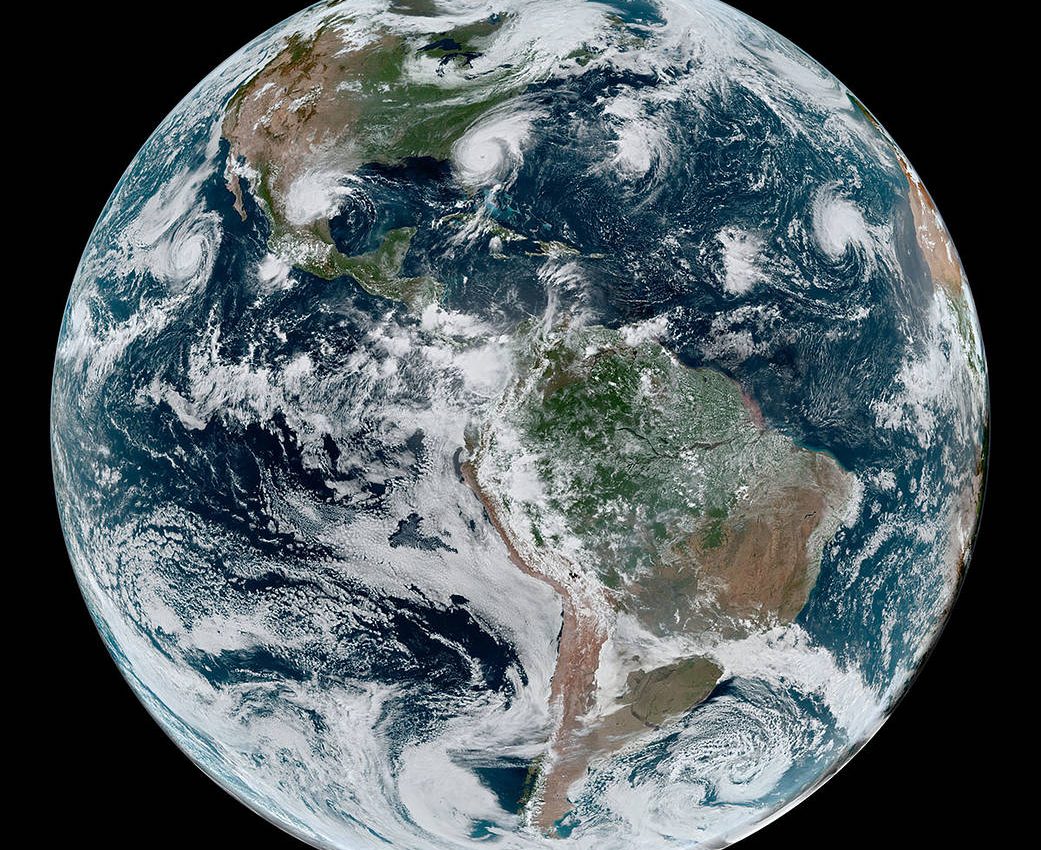 On September 4, 2019, Hurricane Juliette in the East Pacific and Hurricane Dorian in the Atlantic were both category 2 storms.

Tropical Storm Fernand had just recently made landfall over northeastern Mexico, and Tropical Storm Gabrielle was lingering in the eastern Atlantic with sustained winds of 50 mph.

The natural-color image was acquired using data from the Advanced Baseline Imager on the Geostationary Operational Environmental Satellite (GOES) 16. September storms line up in the ocean Tropical Storm Fernand a Heavy Rain Threat to Mexico Heavy rainfall is the main threat from Fernand as it makes landfall in northeastern Mexico. Rainfall totals of 6 to 12 inches (locally, up to 18 inches) are possible, particularly in the higher terrain. That could result in life-threatening mudslides and flash flooding.

Tropical Storm Fernand is closing in on landfall in northeast Mexico where it will bring a threat of heavy rain and flooding. Tropical Storm Gabrielle has also formed in the eastern tropical Atlantic Ocean. But that’s not all: The National Hurricane Center (NHC) is watching two other areas in the Atlantic for possible tropical development as well.