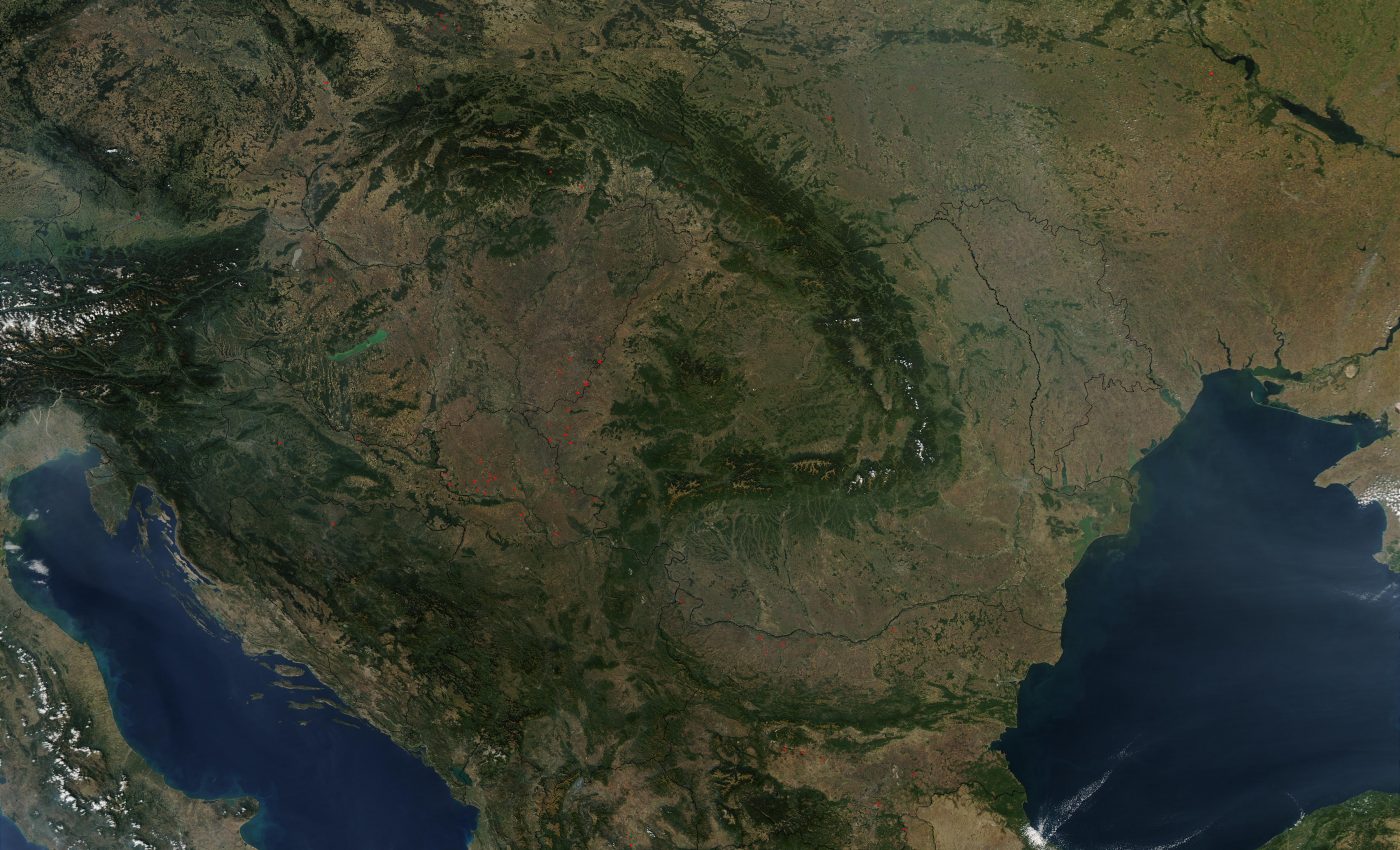 Shades of green color Central Europe in this true-color Aqua Moderate Resolution Imaging Spectroradiometer (MODIS) image from September 21, 2003. The dark green of mountains stand out in sharp relief against the paler brown-green of the lower elevations, providing visual clues to the varied terrain found in this part of the world.

Prominent in the center of the image are the curving, dark green Carpathian Mountains, which start in the Czech Republic and curve toward the southeast into Romania. In central Romania, the Carpathians run into the eastern end of the Transylvanian Alps, which run horizontally across the country to the Serbian border. Running down the eastern coast of the Adriatic Sea (left) are the Dinaric Alps; farther south, the Pindos Mountains run from southern Albania throughout Greece. Running across Bulgaria are the Balkan Mountains; these stretch horizontally from the southeastern Serbian border to the Black Sea (right).

Scattered throughout the image are a number of fires, all of which are marked with bright red dots. There are 23 countries shown in this image; 16 of them have at least one fire marked. The majority of the fires are clustered in agricultural regions, though a few appear to be burning in wooded areas.