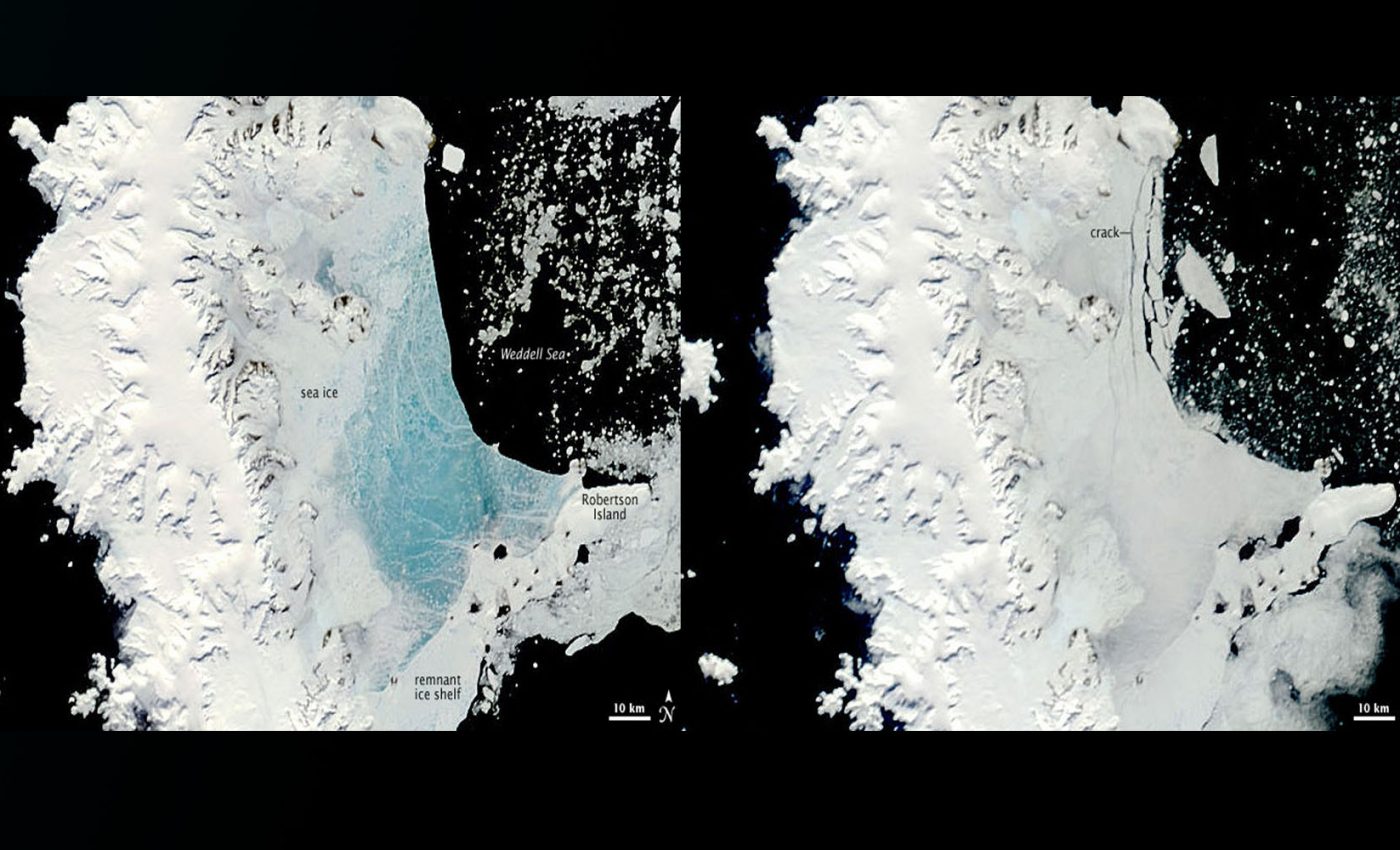 Changing Sea Ice Along Antarctic Peninsula in late 2008 and early 2009. In mid-December 2008, melt water resting on the sea ice colored it sky blue. At the beginning of 2009, however, the sea ice appeared snowy white, and cracks had begun along the ice margin. The Moderate Resolution Imaging Spectroradiometer on NASA’s Terra satellite. They captured these images on December 13, 2008 (left), and January 2, 2009 (right). Both images show the northern portion of the Antarctic Peninsula.

In the image acquired on December 13, a layer of melt water rests on the surface of the sea ice. This sea ice is fast ice that has held fast to the coastline, not moving with winds nor ocean currents. The previous summer on the Antarctic Peninsula had been cold enough to allow this ice to persist, and snowfall may also have accumulated on the ice since that time. The water could result from melted snow, melted ice, or a combination.

In the image acquired on January 2, the sky-blue hue is gone, indicating that the melt water had either drained through cracks in the ice, or refrozen. The full-resolution image of this scene shows the formation of new sea ice in areas to the south, suggesting that refrozen sea ice is more likely. A storm or cold front passing through the region could drop temperatures just enough to form new sea ice. Although the melt water was gone, the sea ice was cracked, and several fissures appeared along the northeastern ice edge.