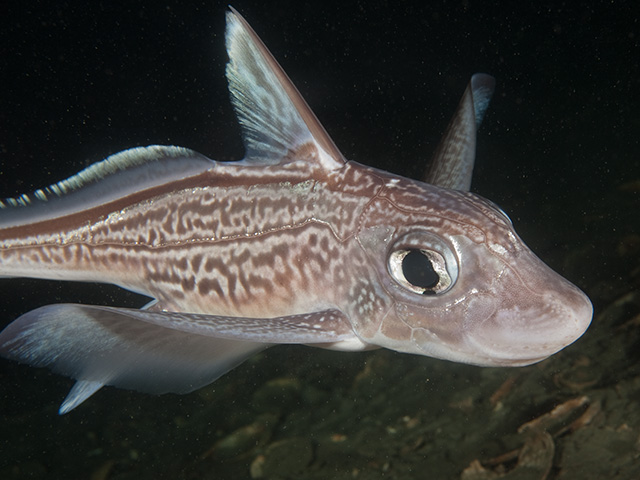 A chimaera on Bear Seamount.

Chimaeras live in temperate ocean floors down to 2,600 m deep, with few occurring at depths shallower than 200 m (660 ft).

Exceptions include the members of the genus Callorhinchus, the rabbit fish and the spotted ratfish, which locally or periodically can be found at relatively shallow depths.

Therefore, these are also among the few species from the Chimaera order kept in public aquaria.

They  grow up to 150 cm (4.9 ft) in length, although this includes the lengthy tail found in some species. In many species, the snout is modified into an elongated sensory organ