Cloud Streets In The Norwegian Sea 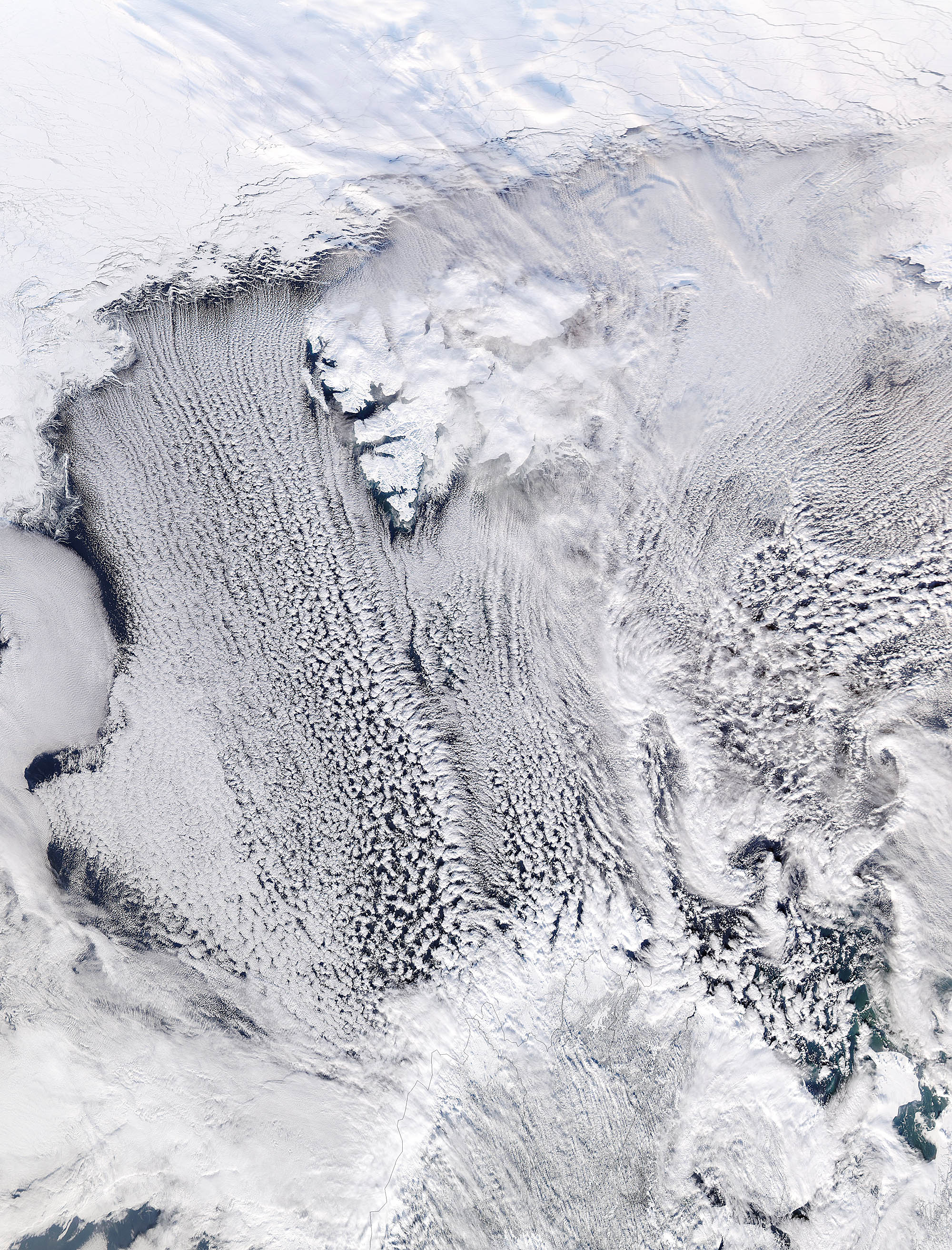 Cloud Streets In The Norwegian Sea. Cold coastal winds blowing off of Greenland and across the Norwegian Sea created a spectacular display of “cloud streets” in mid-March 2016. The Moderate Resolution Imaging Spectroradiometer (MODIS) aboard NASA’s Aqua satellite captured this true-color image of the scene on March 17.

The long, parallel bands of cumulus clouds known as “cloud streets” form when cold air blows over warmer water and a warmer air layer (temperature inversion) rests over the top of both. The water gives up heat and moisture to the cold air above, and the columns of heated air rise up through the atmosphere. When these rising thermals hit the thermal inversion, they roll over and loop back on themselves, creating parallel cylinders of rotating air. As this happens, the moisture cools and condenses, forming rows of cloud. These cloud streets line up parallel to the direction of the prevailing wind.

Unlike many other seas, most of the bottom of the Norwegian Sea is not part of a continental shelf and therefore lies at a great depth of about two kilometres on average. Rich deposits of oil and natural gas are found under the sea bottom and are being explored commercially, in the areas with sea depths of up to about one kilometre. The coastal zones are rich in fish that visit the Norwegian Sea from the North Atlantic or from the Barents Sea (cod) for spawning. The warm North Atlantic Current ensures relatively stable and high water temperatures, so that unlike the Arctic seas, the Norwegian Sea is ice-free throughout the year. Recent research has concluded that the large volume of water in the Norwegian Sea with its large heat absorption capacity is more important as a source of Norway’s mild winters than the Gulf Stream and its extensions