Cuba and The Bahamas 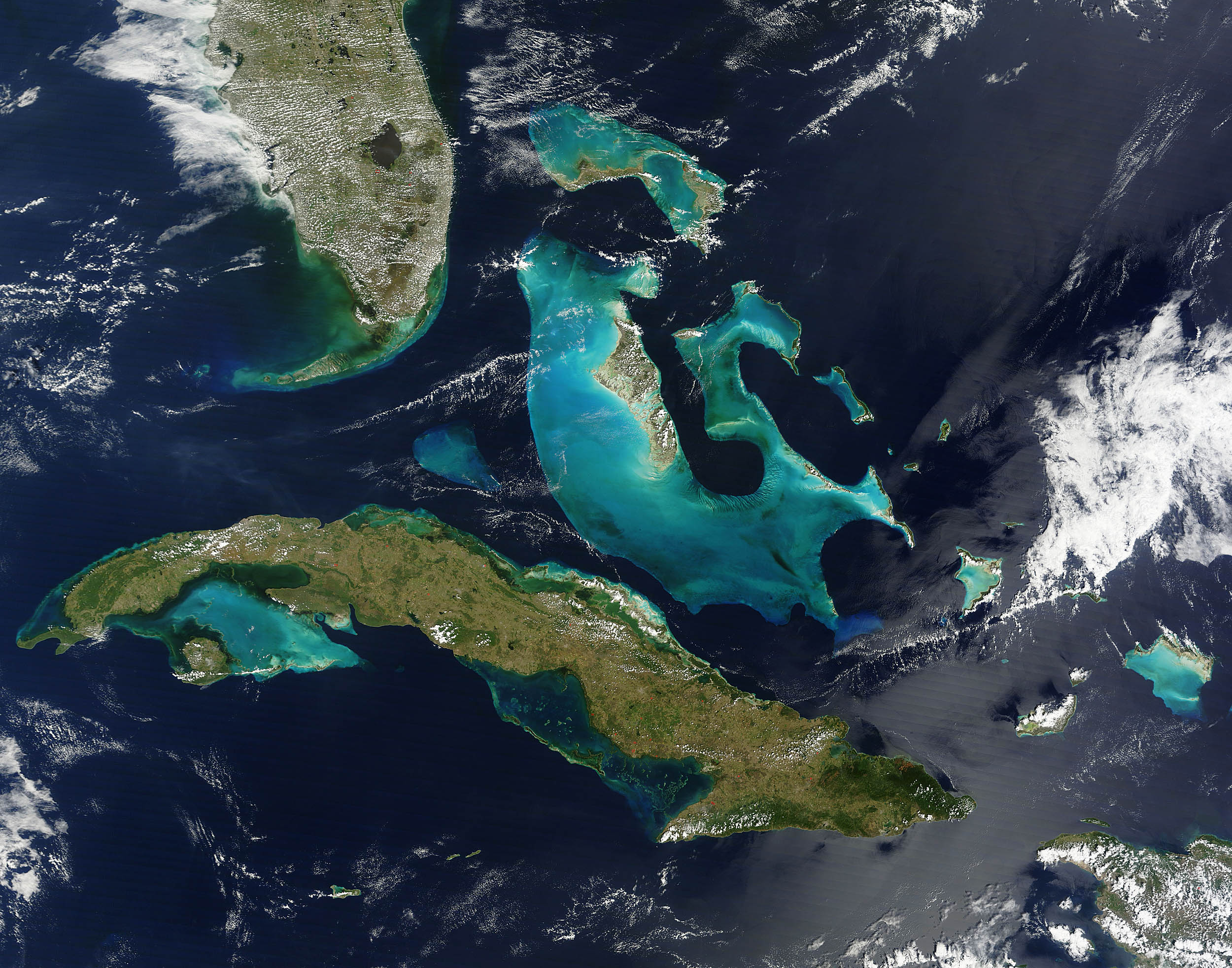 A bright sunny spring day allowed a stunning clear-sky view of Cuba and The Bahamas in mid-March 2016. The Moderate Resolution Imaging Spectroradiometer (MODIS) aboard the Terra satellite captured this true-color image on March 15 as it passed over the region.

Slightly smaller than the state of Pennsylvania, Cuba is the largest country in the Caribbean islands and the westernmost island of the Greater Antilles. Sitting only 150 km (about 93 mi) south of Key West, Florida, the island has a long, complex coastline and many offshore islands. Long off-limits to American travelers due to political issues, on the day this image was captured the U.S. Department of Treasury authorized American to travel to Cuba under less restrictive conditions.

Northeast of Cuba and southeast of the United States lies The Bahamas, an almost Connecticut-sized country made up of 700 islands and about 2,400 additional islets and cays. A popular spring break destination for American families and college students, The Bahamas lies only about 80 km (50 mi) from southern Florida.

The most striking feature of this image is the brilliantly jewel-toned colors in the waters that surround much of the Bahamas, some of Cuba, and the islands off the tip of Florida (Florida Keys). The iridescent colors are due to the shallow depths. Near Florida, Cuba, and the Bahamas the underwater terrain is hilly and varied, with deep troughs, steep rises – some of which peak above water to make islands – and large shallow banks. The varying colors in the shallow areas suggests different water depths. For example, swirling white tones can be seen near the shores of southwestern Cuba and The Bahamas. These tones are most likely due to the fine, white sand which lies in the very shallow depths offshore being lifted and eddied into the warm waters surrounding the islands.