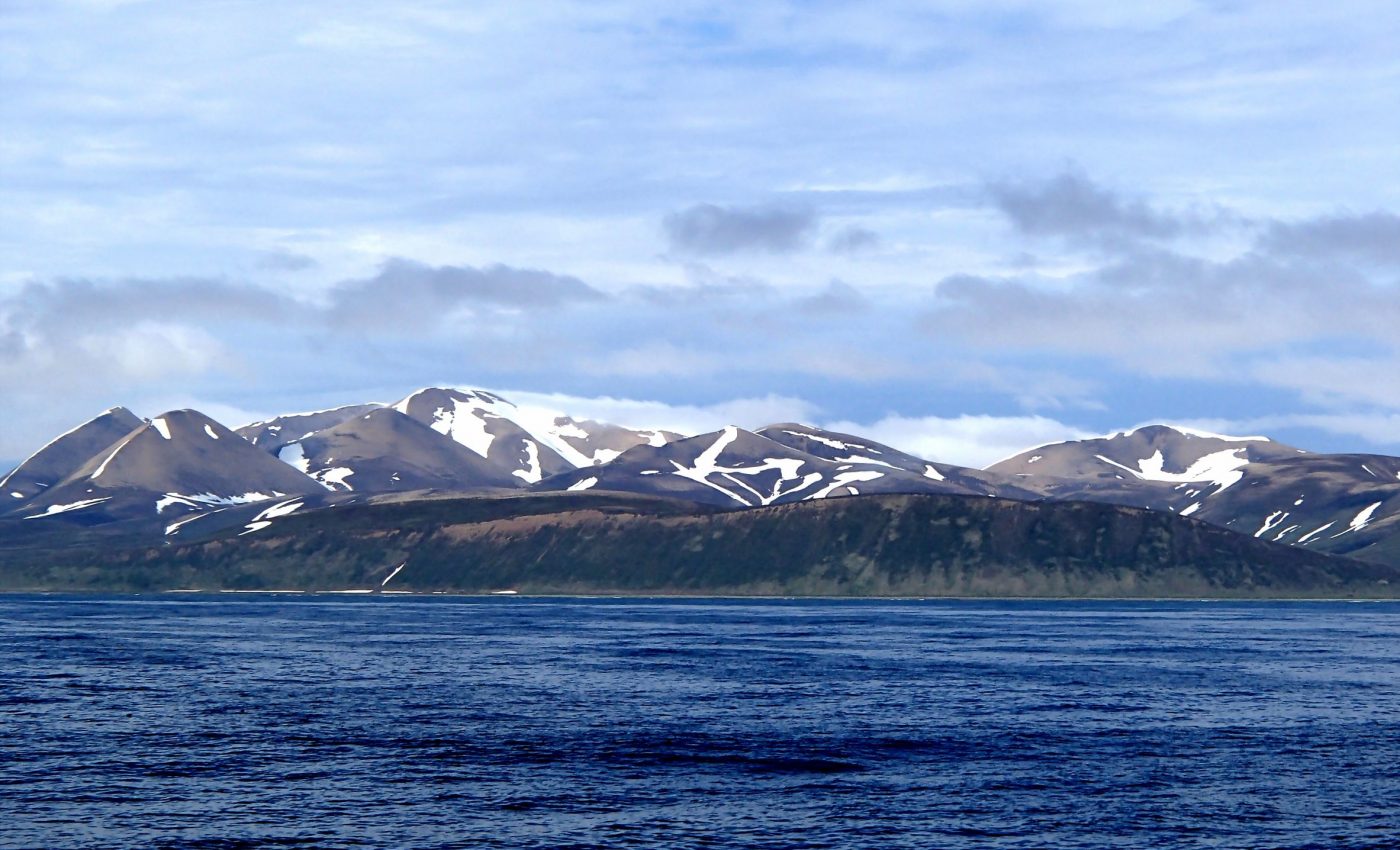 The Commander Islands, in Russian “Komandorskiye Ostrova,” float east of the Kamchatka Peninsula in the Bering Sea. It shows the tiny islands covered in bright white snow against the deep black open water. The islands – Bering island in the west and Mednyi Island in the east – support a small population of Russians and Aleuts that supports itself on fishing and hunting whales.

Bering Island lies on the International Timeline, and both tend to be foggy and experience earthquakes.

The climate is relatively mild and maritime, with frequent precipitation (220–240 days/year). The cool summers are notoriously foggy. Due to the high productivity of the Bering Sea shelf and the Pacific slope and their remoteness from human influence, the Commander Islands are marked by a great abundance of marine animal life and a relative paucity of terrestrial organisms. Notably, significant numbers of northern fur seals (some 200,000 individuals) and Steller sea lions (approximately 5,000 individuals) summer there, both on reproductive rookeries and non-reproductive haul-outs. Sea otters, common seals and large seals are likewise abundant. Even with a low population.