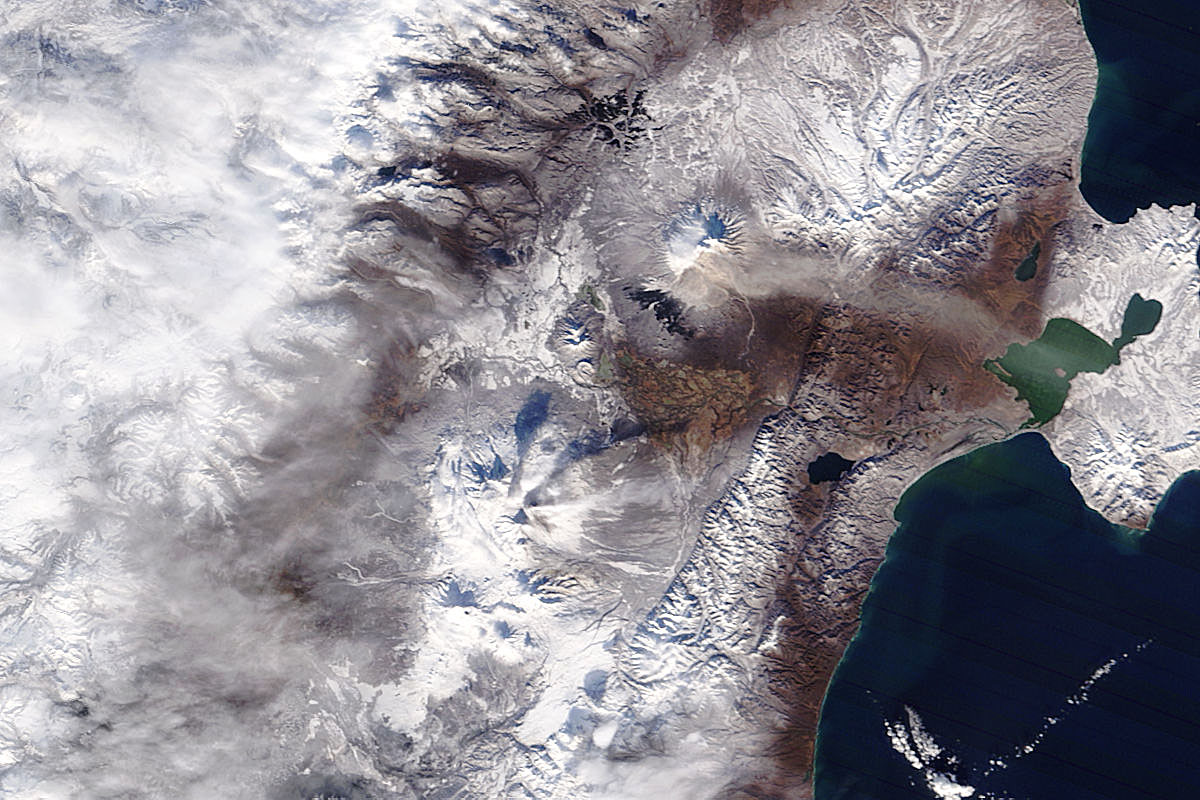 Two of Kamchatka’s most active volcanoes, Shiveluch and Kliuchevsko were sending ash plumes into the atmosphere at the beginning of November 2016. The Moderate Resolution Imaging Spectroradiometer (MODIS) aboard NASA’s Terra satellite captured this image of the activity on as it passed over far eastern Russia.

In the north, a gray plume rises from the huge Shiveluch Volcano. Rising to 3,283 meters above sea level, Shiveluch is a stratovolcano composed of layers of hardened lava, compacted ash, and rocks ejected by previous eruptions. The eruptive style of the volcano is very explosive, often forming domes of lava and shooting lava and ash high into the air. It has been in near-constant eruption since early September 2016, shooting ash into the sky and almost disrupting air traffic. Explosive events have also occurred including a major partial dome collapse with a massive lava flow on September 19.

To the south, a dense plume of lighter-colored ash rises upward from Kliuchevsko before blowing eastward. Also known as Klyuchevskoy or Klyuchevsky, it is Kamchatka’s tallest volcano, rising to 4,835 meters. It is one of the world’s most active volcanoes, with frequent effusive and explosive eruptions and only short quiescence periods. The low angle of the sun at the time of this image has created shadows from the ash plume on the north side of the mountain.