Complex layers of clouds spread across parts of Queensland, Australia •

Complex layers of clouds spread across parts of Queensland, Australia 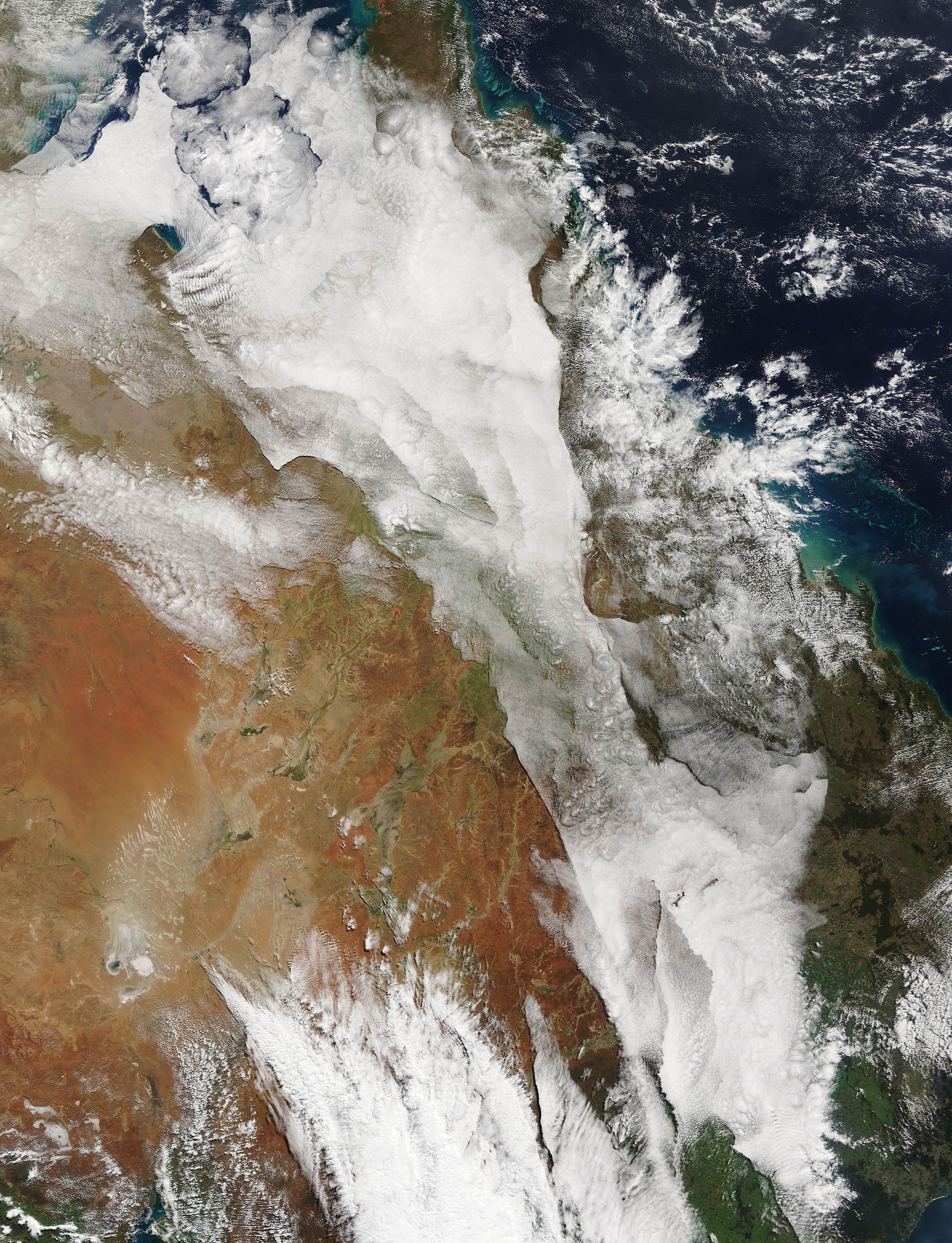 August is mid-winter in Australia and the dry season in Queensland, typically with low humidity and little rainfall, especially inland. The Australian Bureau of Meteorology (BOM) reported on August 15 that the current anomalous sea surface temperatures correlate with increased cloud and shower activity in Queensland.

According to Sunshine Coast Weather’s Facebook page, on August 18 a high pressure system in the Tasman Sea, off the southeastern Australian coast, had extended a firm ridge along the east coast of Queensland. Also, a high pressure system sat over southwestern Australia, while a surface trough moved into southwest Queensland. The clouds in this image appear to sit between the ridge (east) and trough (southwest) in an area of relatively quiet weather.

Sunshine Coast Weather comments on the clouds on August 18 is as follows:”Cloud forming over Queensland is due to moist southeasterly winds feeding a weak trough, causing a few showers on the coast, mainly the tropics. It is generally dry inland. Skies are relatively clear over the far southern inland where winds are drier northerly.