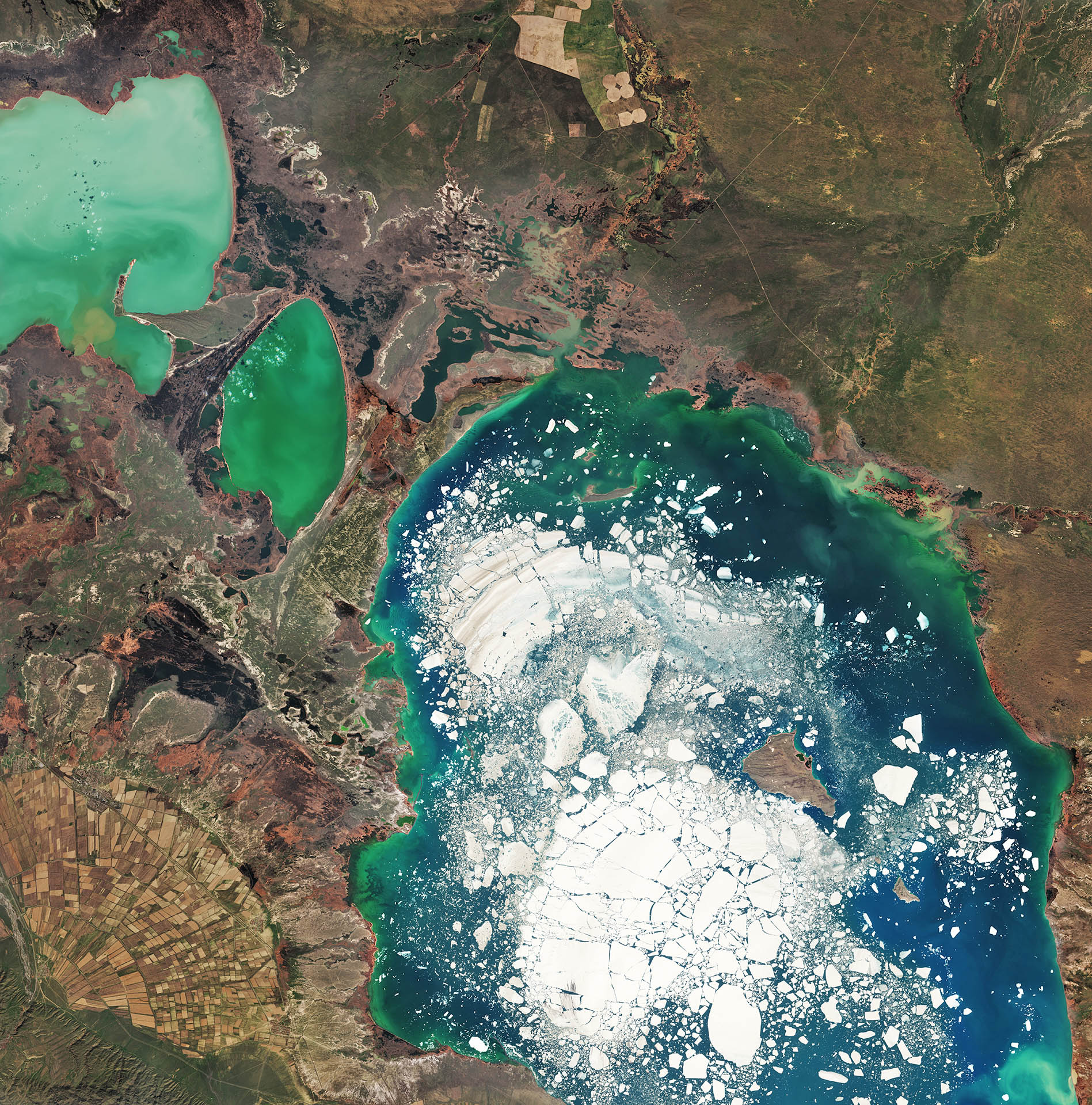 This salt lake usually freezes for about two months at the end of winter, and breaks up in early spring – as we can see happening here. The lake’s mineral-rich water and mud is considered to be therapeutic, and tourists often visit the lake’s northern shores to remedy skin ailments. NASA’s view.

Alakol means ‘multicoloured lake’ – and we can clearly see varying shades of green and blue depending on the depth, sediments flowing in from rivers and streams and phytoplankton. The two smaller, shallower lakes to the northwest are Kosharkol and Sasykkol. Also Kazakhstan’s Alakol Lake is a beautiful blue destination spot.

The Alakol–Sasykkol lake system is both a Ramsar Wetland of International Importance and a UNESCO Biosphere Reserve. It is an important migratory stop and nesting area for a variety of water birds, including the Dalmatian Pelican and Greater Flamingo.

In the lower-left corner of the image we can see agricultural structures in an alluvial fan. The triangular fan is formed when water runoff from the Dzungarian Alatau mountains (not pictured) hits the plain and spreads out, leaving behind fertile soil.