The Island of Corsica 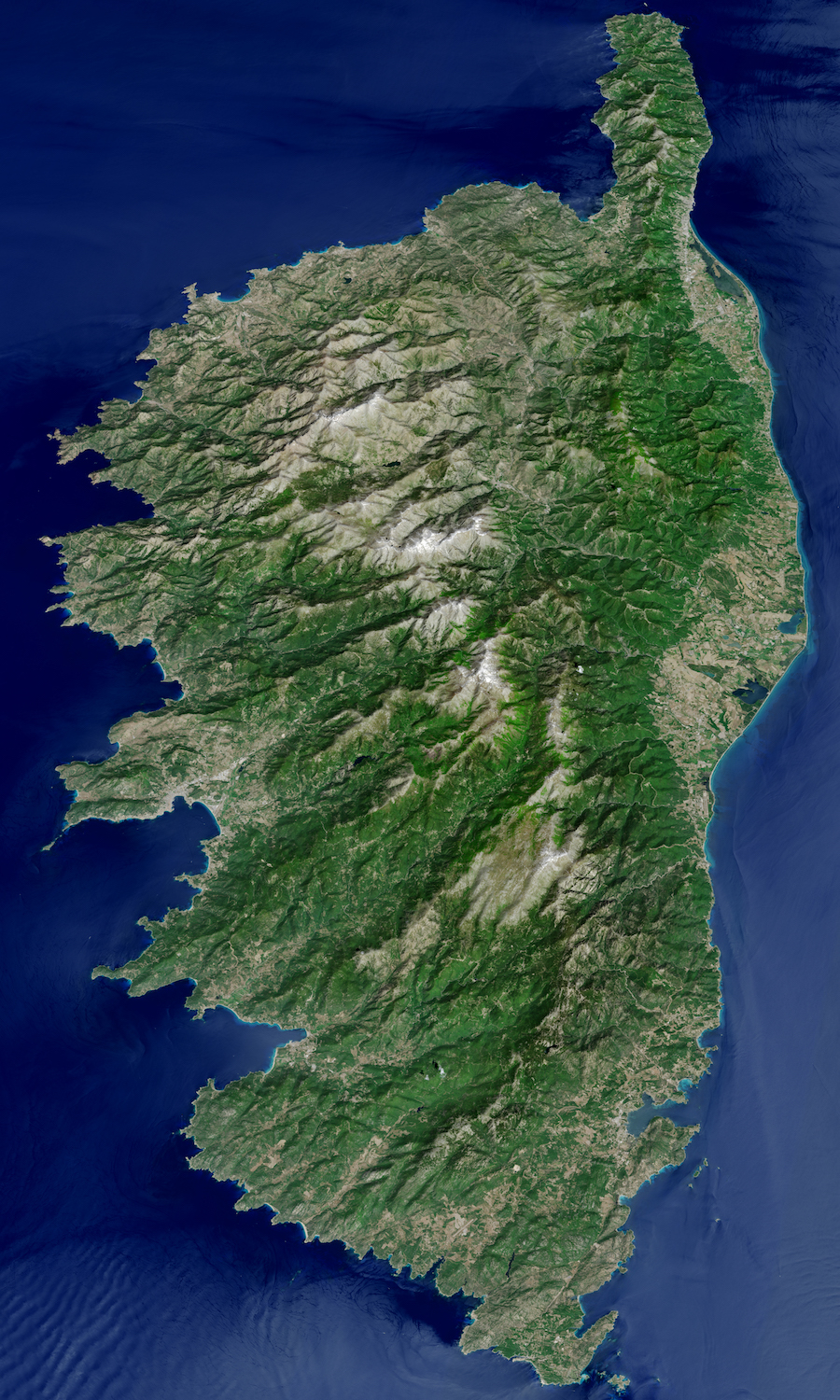 Today’s Image of the Day comes courtesy of the NASA Earth Observatory and features a look at the island of Corsica.

Corsica is located in the Mediterranean Sea just southeast of France and west of Italy. The island measures 114 miles in length and 52 miles in width and is very mountainous. Monte Cinto, located at the top of the image, is the island’s highest peak measuring 8,878 feet.

Corsica (/ˈkɔːrsɪkə/; French: Corse [kɔʁs]; Corsica in Corsican and Italian, pronounced [ˈkorsiga] and [ˈkɔrsika] respectively) is an island in the Mediterranean Sea and one of the 18 regions of France. It is located southeast of the French mainland and west of the Italian Peninsula, with the nearest land mass being the Italian island of Sardinia to the immediate south. A single chain of mountains makes up two-thirds of the island.