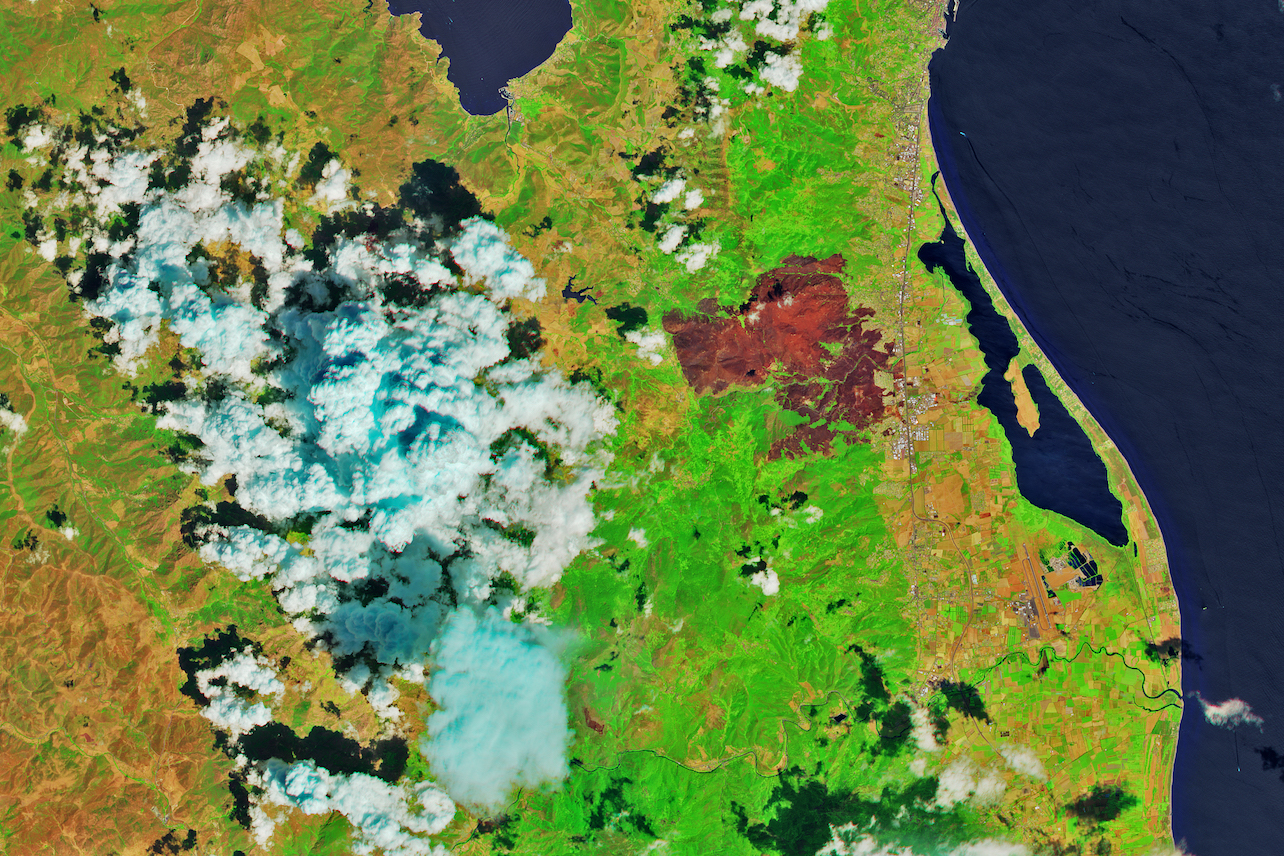 Today’s Image of the Day comes thanks to the NASA Earth Observatory and features a look at wildfires burning in northern Corsica.

Corsica is one of the 18 regions of France located, in the Mediterranean Sea just southeast of the French mainland and west of Italy.

This false-color image reveals the burn scar left behind from the blazes, which appear to have been started by arsonists and then exacerbated by strong winds. It was captured on July 26, 2017 by the day Multi-Spectral Imager (MSI) onboard the European Space Agency’s Sentinel-2 satellite.