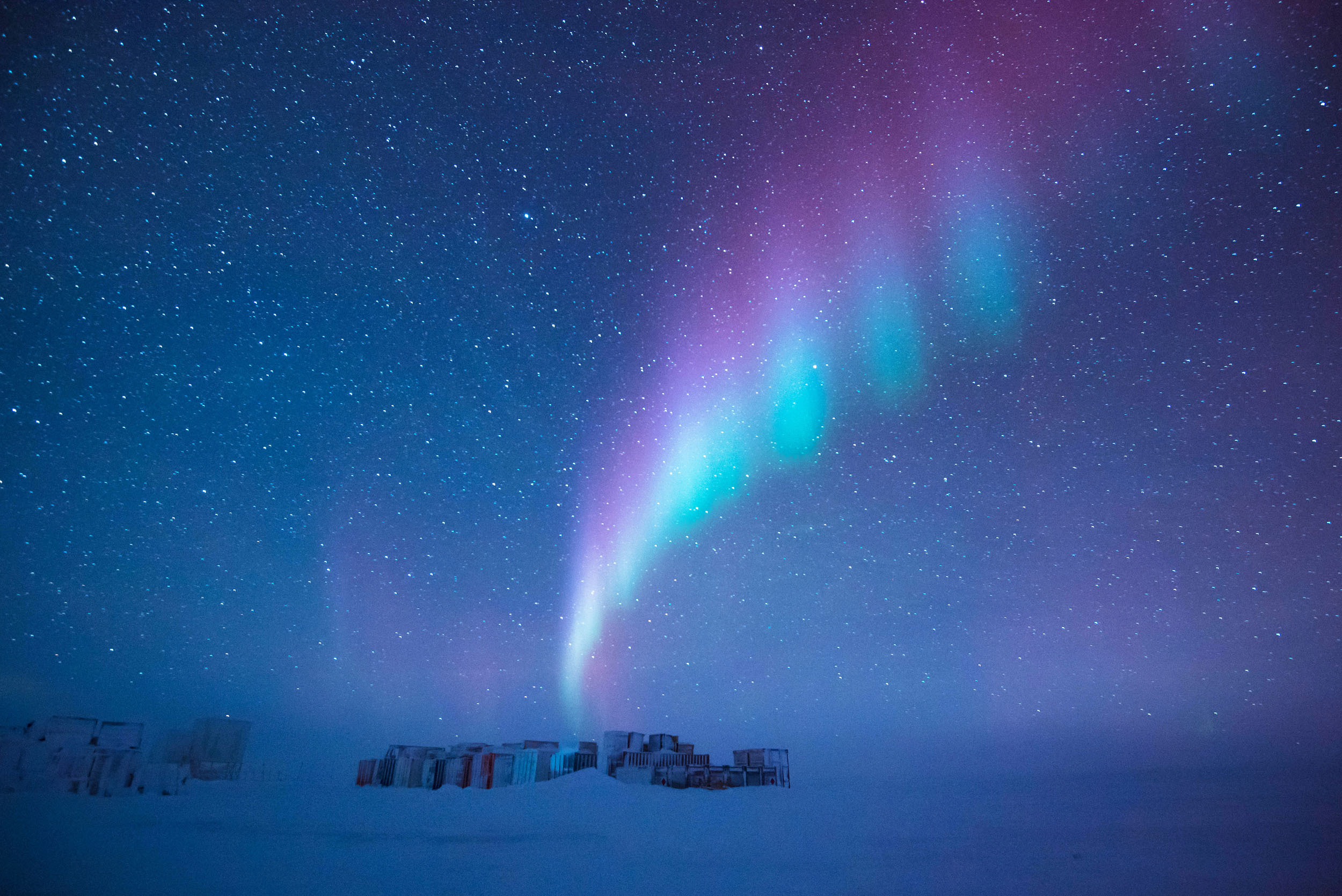 Cosmic Fire At Concordia Station Antarctica. It is cold, dark, dry and isolated with very little oxygen to breathe in the air, but the unique location makes Concordia station in Antarctica an attractive place for scientists to conduct research. The aurora australis that adds colour to this picture is a well-deserved bonus for the crew of 13 who are spending the winter months cut off from friends and family. NASA’S view and shows planets conditions.

For nine months, no aircraft or land vehicles can reach the station, temperatures drop to –80°C and the Sun does not rise above the horizon for 100 days. Living and working in these conditions is similar in many respects to living on another planet and ESA sponsors a medical doctor to run research for future space missions.

The first astronauts to land on another planet might even see a similar beautiful spectacle illuminating the skies. Auroras appear when radiation from the Sun interacts with the atmosphere and almost all planets in the Solar System have auroras of some sort.

Antarctica (UK: /ænˈtɑːrktɪkə/ or /ænˈtɑːrtɪkə/, US: /æntˈɑːrktɪkə/ (listen)) is Earth’s southernmost continent. It contains the geographic South Pole and is situated in the Antarctic region of the Southern Hemisphere, almost entirely south of the Antarctic Circle, and is surrounded by the Southern Ocean. At 14,200,000 square kilometres (5,500,000 square miles), it is the fifth-largest continent and nearly twice the size of Australia. At 0.00008 people per square kilometre, it is by far the least densely populated continent. About 98% of Antarctica is covered by ice that averages 1.9 km (1.2 mi; 6,200 ft) in thickness, which extends to all but the northernmost reaches of the Antarctic Peninsula. Cosmic Fire At Concordia Station Antarctica.