Red Sprites Above The U.S. And Central America • Earth.com

Red Sprites Above The U.S. And Central America 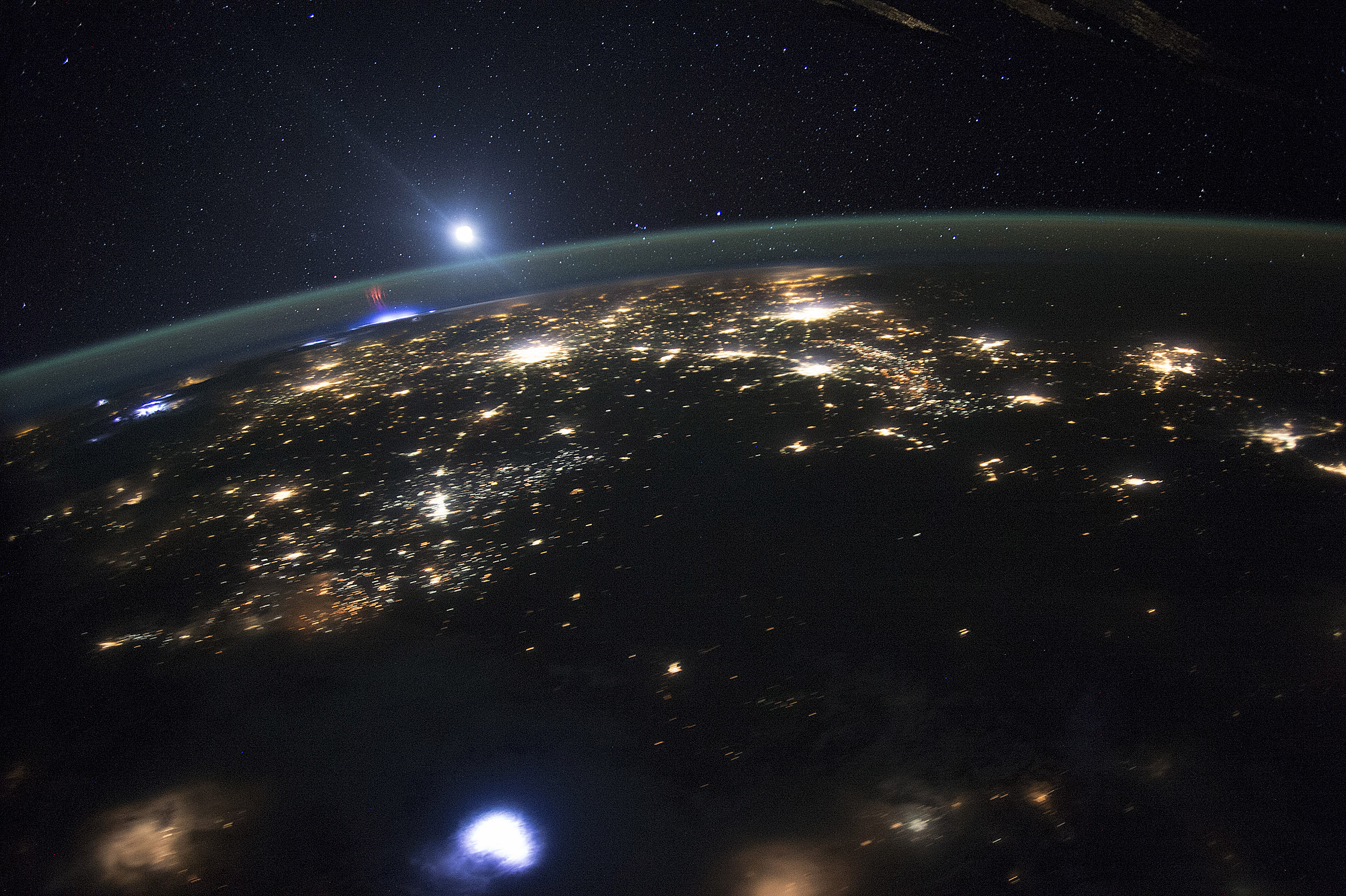 Viewing from a point over northwest Mexico, astronauts aboard the International Space Station looked northeast and shot this unusual photograph of red sprites above the white light of an active thunderstorm. In the top image, the sprite was 2,200 kilometers (1,400 miles) away, high over Missouri or Illinois; the lights of Dallas, Texas appear in the foreground. The sprite shoots up to the greenish airglow layer, near a rising moon. Also Red Sprites Above The U.S. And Central America have shown the red spots.

Two minutes and 58 seconds later, as the ISS was over the coastal Mexican resort of Acapulco, the crew documented another red sprite (lower image) over a brilliant white thundercloud and lightning discharge near the coast of El Salvador. The shorter distance to the storm—about 1,150 km (710 miles)—makes it somewhat easier to see details of the sprite. City lights are a diffuse yellow because they are shining through clouds.

These photos show the sprite’s tendrils reaching as much as 100 kilometers above Earth’s surface. Sprites are major electrical discharges, but they are not lightning in the usual sense. Instead, they are a cold plasma phenomenon without the extremely hot temperatures of lightning that we see underneath thunderstorms. Red sprites are more like the discharge of a fluorescent tube. Bursts of sprite energy are thought to occur during most large thunderstorm events. They were first photographed in 1989. Therefore Red Sprites Above The U.S. And Central America have shown on image. Also you will find the bright lights in the image above showing the extreme temps of the heat surrounding the area. Therefore the image has to be taken through the MODIS satellite.