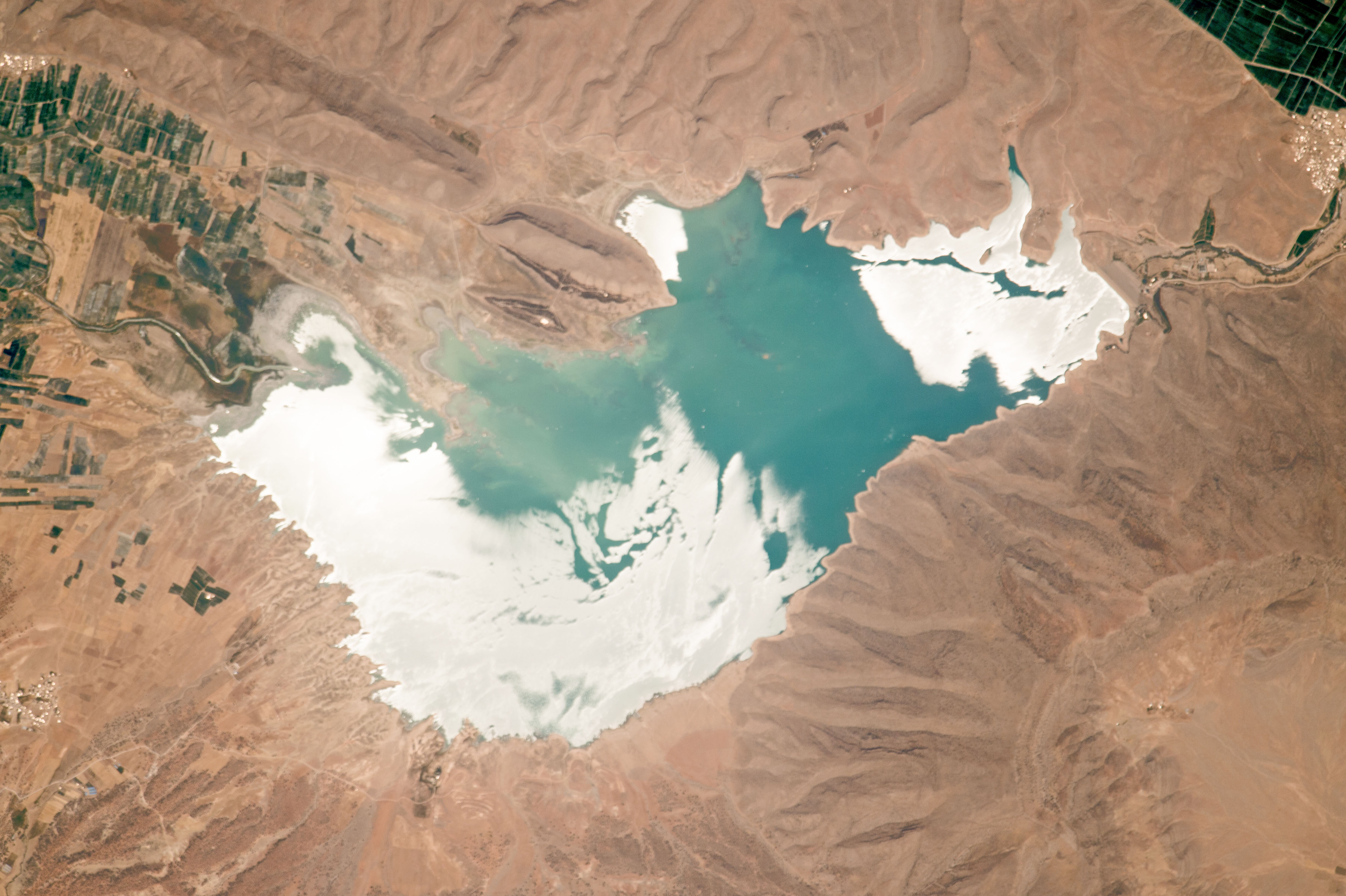 Today’s Image of the Day comes from the NASA Earth Observatory and features a look at Darodzan Lake and the Zagros Mountains in Iran.

Water enters the lake from a river delta lined with agricultural fields seen here on the left side of the image. The lake is also impounded by a dam wall just above the town of Darodzan.

Iran (Persian: ایران‎ Irān [ʔiːˈɾɒːn] (listen)), also called Persia,  and officially the Islamic Republic of Iran (Persian: جمهوری اسلامی ایران‎ Jomhuri-ye Eslāmi-ye Irān (listen) [dʒomhuːˌɾije eslɒːˌmije ʔiːˈɾɒn]), is a country in Western Asia. With 82 million inhabitants, Iran is the world’s 18th most populous country.[18] Its territory spans 1,648,195 km2 (636,372 sq mi), making it the second largest country in the Middle East and the 17th largest in the world. Iran is bordered to the northwest by Armenia and the Republic of Azerbaijan, to the north by the Caspian Sea, to the northeast by Turkmenistan, to the east by Afghanistan and Pakistan, to the south by the Persian Gulf and the Gulf of Oman, and to the west by Turkey and Iraq. Its central location in Eurasia and Western Asia, and its proximity to the Strait of Hormuz, give it geostrategic importance. Tehran is the political and economic center of Iran, and the largest and most populous city in Western Asia with more than 8.8 million residents in the city and 15 million in the larger metropolitan area