Deadly flooding along the Meuse and Roer rivers • Earth.com

Deadly flooding along the Meuse and Roer rivers 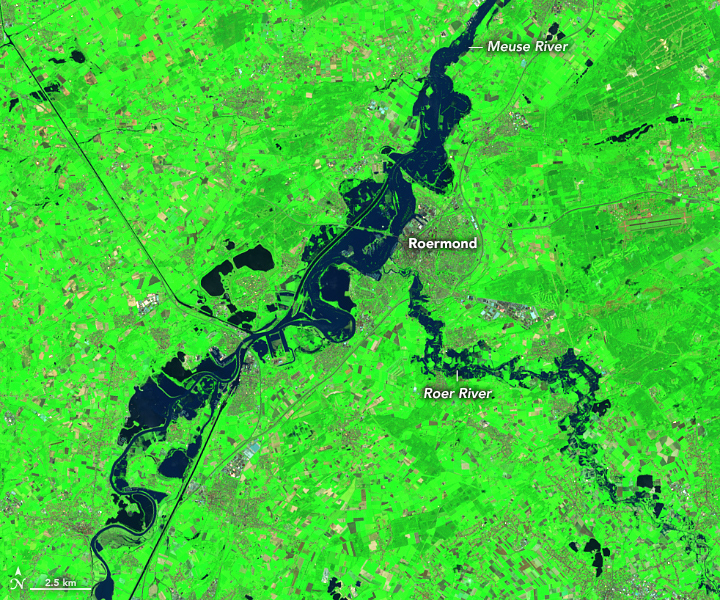 The deadly flooding that followed was shocking, even to climate scientists who warn that such extreme weather events will become increasingly common. The Rur or Roer is a major river that flows through portions of Belgium, Germany and the Netherlands. It is a right tributary to the Meuse. About 90 percent of the river’s course is in Germany.

According to NASA, some of the worst-hit areas saw as much as two months of rain fall within 24 hours – enough to break precipitation records, push rivers to new heights, and trigger devastating flash floods. The National Aeronautics and Space Administration is an independent agency of the U.S. federal government responsible for the civilian space program, as well as aeronautics and space research.

The most devastating rainfall struck overnight on July 14, when most people were asleep. New reports suggest that 196 people were killed, thousands were injured, and hundreds of people are still missing.

The image of the Meuse and Roer rivers was captured on July 18, 2021 by the Operational Land Imager (OLI) on Landsat 8.