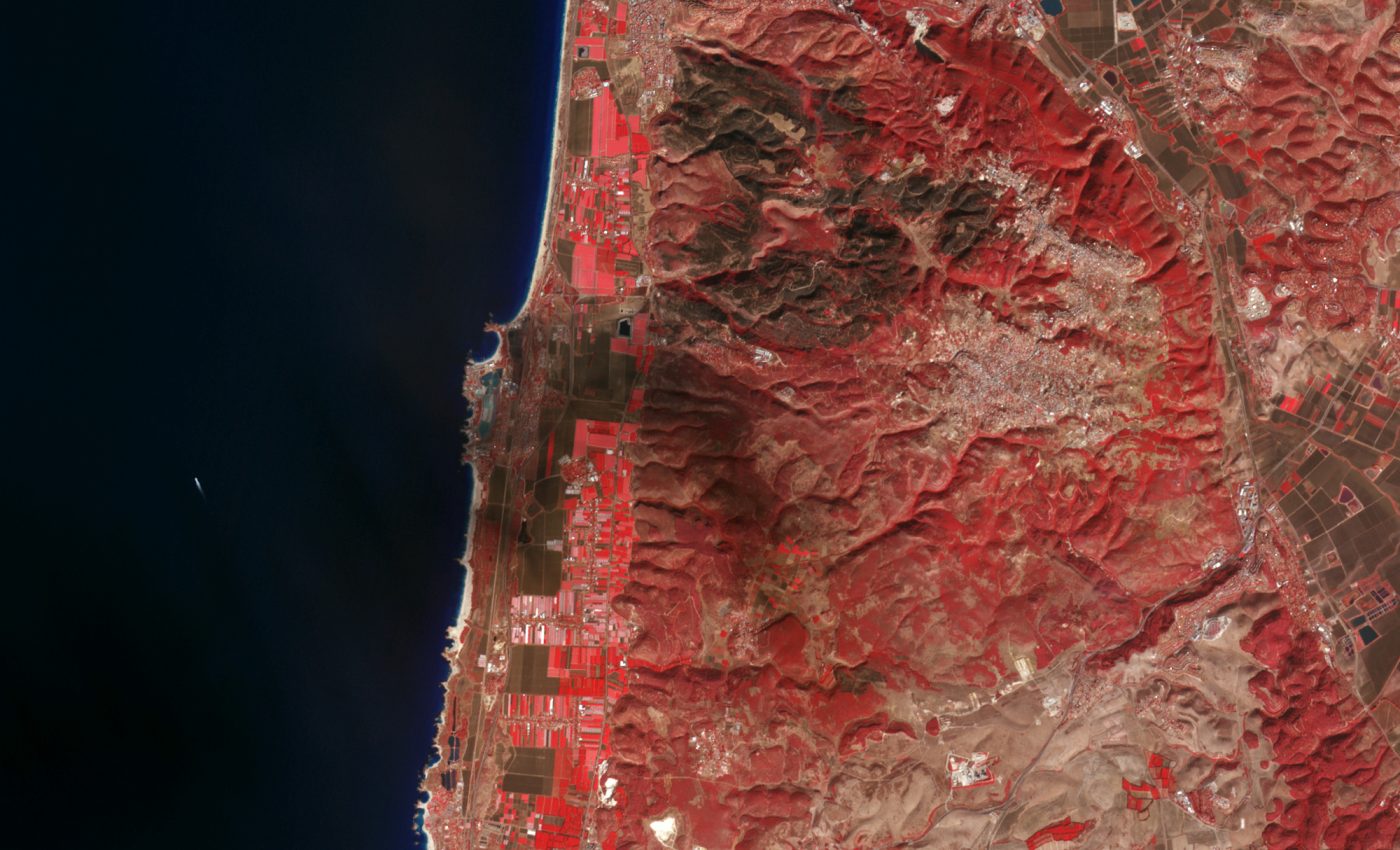 Deadly Forest Fire in Northern Isreal. The largest forest fire in Israel’s history burned outside of Haifa on December 3, 2010. Having started the previous day, the fire quickly grew out of control as strong winds blew through the drought-dried forest. The Moderate Resolution Imaging Spectroradiometer (MODIS) on NASA’s Aqua satellite captured this image of the fire on December 3 at 12:50 p.m. local time.

Red boxes outline the actively burning areas. It is evident that winds were still strong, since the thick plumes of smoke are blowing west over the Mediterranean Ocean.

The Northern District (Arabic: منطقة الشمال‎, Minṭaqat ash-Shamāl; Hebrew: מחוז הצפון, Meḥoz HaTzafon) is one of Israel’s six administrative districts. The Northern District has a land area of 4,478 km², which increases to 4,638 km² when both land and water are included. The district capital is Nof HaGalil and the largest city is Nazareth. Deadly Forest Fire in Northern Isreal.

The Golan Heights has been run as a sub-district of the North District of Israel since the 1981 Golan Heights Law was passed; the law is not internationally recognized, and the unenforced United Nations Security Council Resolution 497 declared the annexation invalid. Excluding the Golan Heights, which cover a land area of 1,154 km², the Northern District covers 3,324 km² (3,484 km² including water).