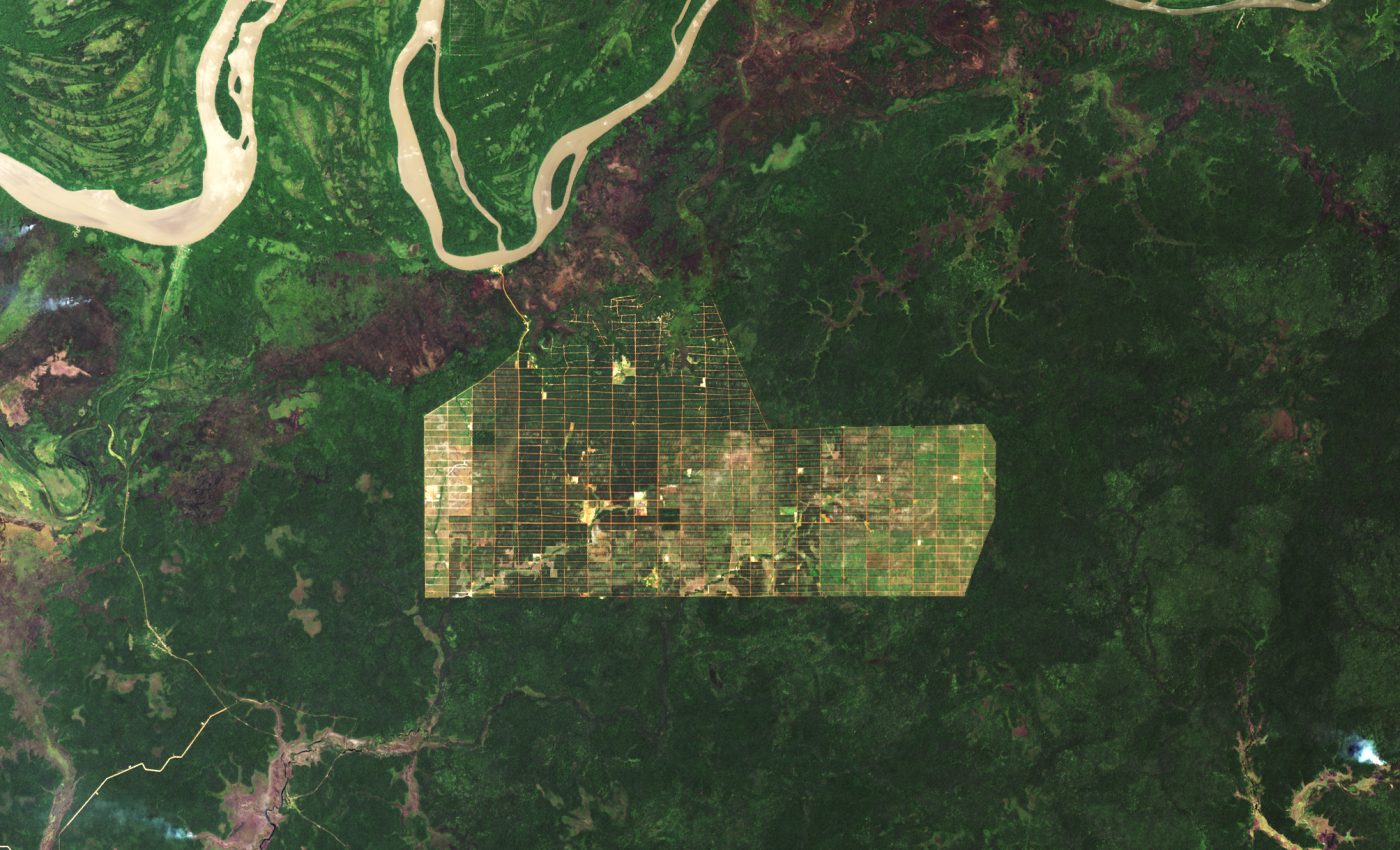 Today’s Image of the Day from NASA Earth Observatory shows deforestation on the island of New Guinea in southern Papua province. Indonesia is home to the world’s third largest rainforest, which is estimated to contain 10 percent of all known plant species, 12 percent of mammal species, and 17 percent of bird species.

Indonesia’s rainforest is spread throughout 18,000 islands. In recent decades, satellite imagery has revealed high rates of deforestation across the region. But according to data from Global Forest Watch, deforestation rates declined significantly between 2017 and 2019.

However, as forest clearing slows down on some of the islands, it appears to be speeding up on others. In some parts of Papau, there has been noticeable new activity in the past decade.

The image shows forest clearing along the Digul River near Banamepe, an area that was cleared between 2011 and 2016. While large-scale deforestation has been happening in this area for about two decades, several particularly large plots were cleared in the past few years, according to NASA.

Kemen Austin is an analyst with the non-profit research organization RTI International and the author of a 2019 study about the drivers of deforestation in Indonesia.

“The slowdown in Sumatra and Kalimantan is due, at least in part, to the exhaustion of available suitable land for plantation agriculture and increasing land prices on these islands,” explained Austin.

“Papua is seen as the next frontier, and recent investments in infrastructure have made plantation agriculture in the region more economically compelling.”