A double rainbow in the wake of a storm • Earth.com

A double rainbow in the wake of a storm 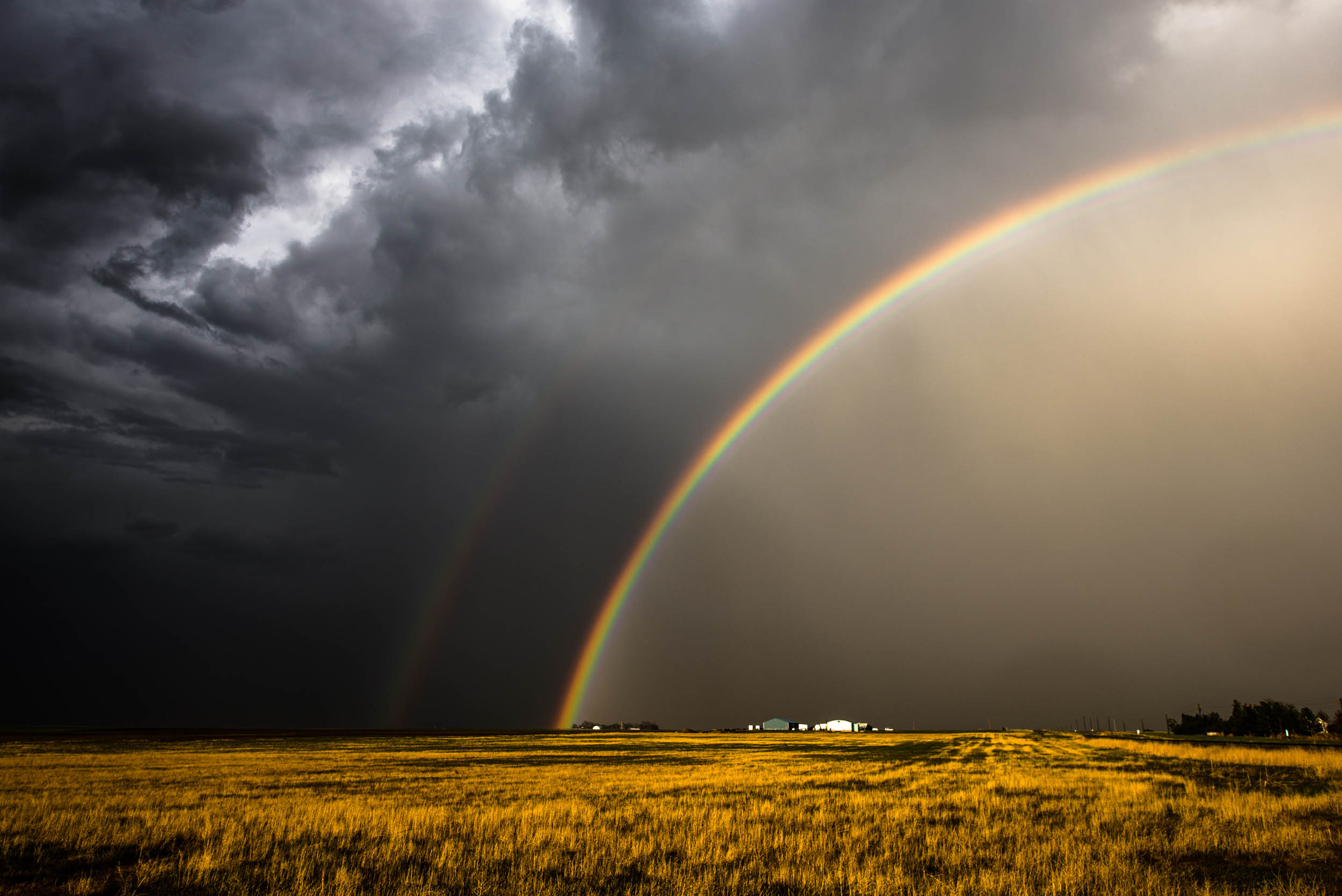 A double rainbow in the wake of a storm

The amateur video shows the view from Vazquez’s property into the skies above the Yosemite Valley on an unspecified date in January 2010. After moving away from several trees that interfere with the scene, Vazquez enjoys an unobstructed view of a semicircular double rainbow. Vasquez’s reaction captures his intense emotional excitement; he weeps with joy and moans ecstatically, uttering phrases such as “Double rainbow all the way across the sky,” “What does this mean?” and “Too much!”

A double rainbow in the wake of a storm Vasquez posted the video to YouTube himself as user Hungrybear9562 (now Yosemitebear62) on January 8, 2010. On July 3, comedian and late-night talk show host Jimmy Kimmel linked to the video in a post on Twitter, saying that he and a friend had declared it the “funniest video in the world.” The video quickly gained over one million views.

A July 16 feature on the video by CNN.com stated that the video had gained 4.8 million views. The video gained Vasquez a feature on the comedy show Tosh.0. ABC News describes the video as “a three-and-a-half-minute emotional journey,” with Vasquez confirming his sobriety during recording.

On July 26, 2010,Bear was interviewed by Kimmel on Jimmy Kimmel Live!. On the December 16 episode, he was awarded Video of the Year and appeared in a video short created by the show for the event.On July 5, 2010, the Gregory Brothers auto-tuned the video under the name “Double Rainbow Song”. Their video has since gotten over 39 million views and has become a viral video in itself, almost surpassing the original in number of views. The song was covered by Amanda Palmer, Jimmy Fallon (as Neil Young) and The Axis of Awesome during a live recording of a charity show in the UK