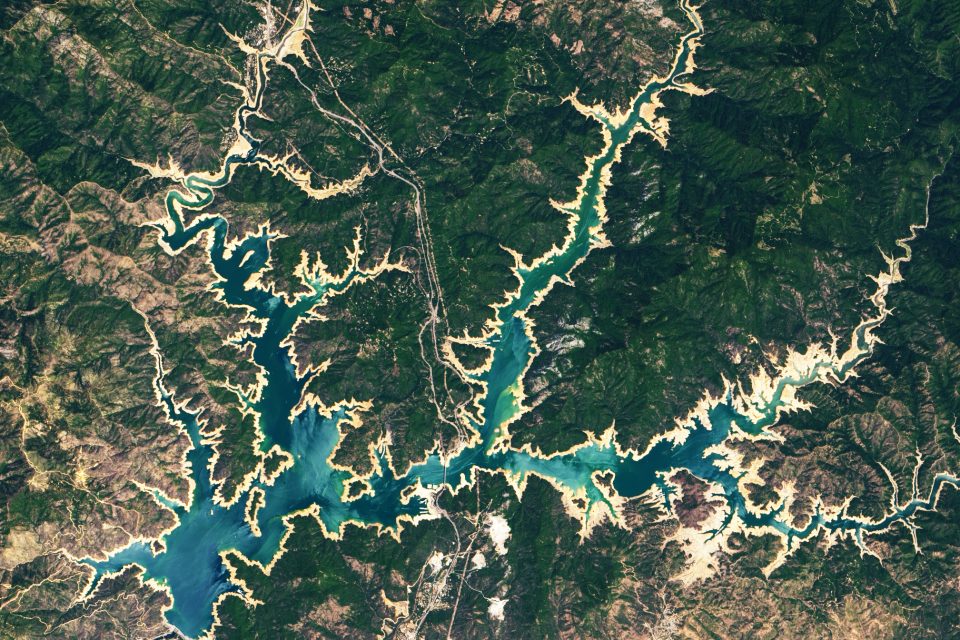 According to NASA, the tan fringes around the water in 2021 are areas of the lakebed that are typically underwater when the reservoirs are filled closer to capacity – a phenomenon that is often referred to as a “bathtub ring.”

In the past two years, Shasta Lake has dropped 106 feet in elevation, while Lake Oroville is now just 43 percent of its historical capacity. North America is a continent entirely within the Northern Hemisphere and almost all within the Western Hemisphere. It can also be described as the northern subcontinent of the Americas. It is bordered to the north by the Arctic Ocean, to the east by the Atlantic Ocean, to the southeast by South America and the Caribbean Sea, and to the west and south by the Pacific Ocean. Because it is on the North American Tectonic Plate, Greenland is included as part of North America geographically. North America covers an area of about 24,709,000 square kilometers (9,540,000 square miles), about 16.5% of the Earth’s land area and about 4.8% of its total surface. North America is the third-largest continent by area, following Asia and Africa, and the fourth by population after Asia, Africa, and Europe.

The state has issued drought orders for 41 of California’s 58 counties, and people in many communities are being asked to conserve water.