Dust Storm in Iraq and Kuwait 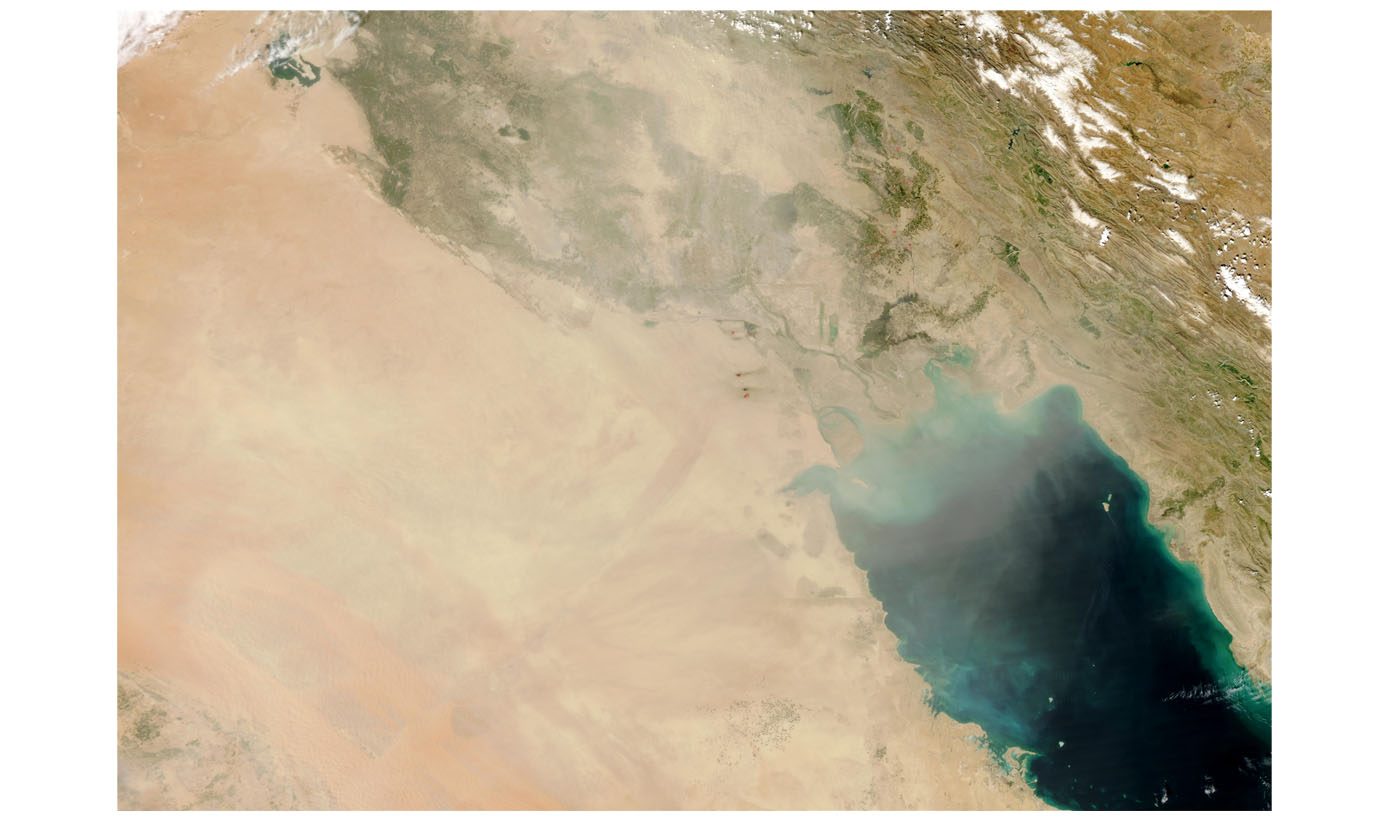 This image of Iraq, Kuwait, and parts of Saudi Arabia and Iran was acquired by the Moderate Resolution Imaging Spectroradiometer (MODIS) on the Aqua satellite on March 20, 2003, at 09:50 UTC (or 12:50 p.m. local time in Baghdad.) The image shows dust over the Middle East and the Persian Gulf, as well as several thermal anomalies detected by MODIS that have been marked with red dots or outlines. Plumes of black smoke are associated with these hot spots in southern Iraq and locations are consistent with known oil wells. Thermal signatures in Iran are likely fires.

Iraq has a coastline measuring 58 km (36 miles) on the northern Persian Gulf and encompasses the Mesopotamian Alluvial Plain, the northwestern end of the Zagros mountain range and the eastern part of the Syrian Desert. Two major rivers, the Tigris and Euphrates, run south through Iraq and into the Shatt al-Arab near the Persian Gulf. These rivers provide Iraq with significant amounts of fertile land.

Oil reserves were discovered in commercial quantities in 1938. From 1946 to 1982, the country underwent large-scale modernization. In the 1980s, Kuwait experienced a period of geopolitical instability and an economic crisis following the stock market crash. In 1990, Kuwait was invaded, and later annexed, by Saddam’s Iraq. The Iraqi occupation of Kuwait came to an end in 1991 after military intervention by a military coalition led by the United States. Kuwait is a major non-NATO ally of the United States.It is also a major ally of ASEAN, while maintaining a strong relationship with China.