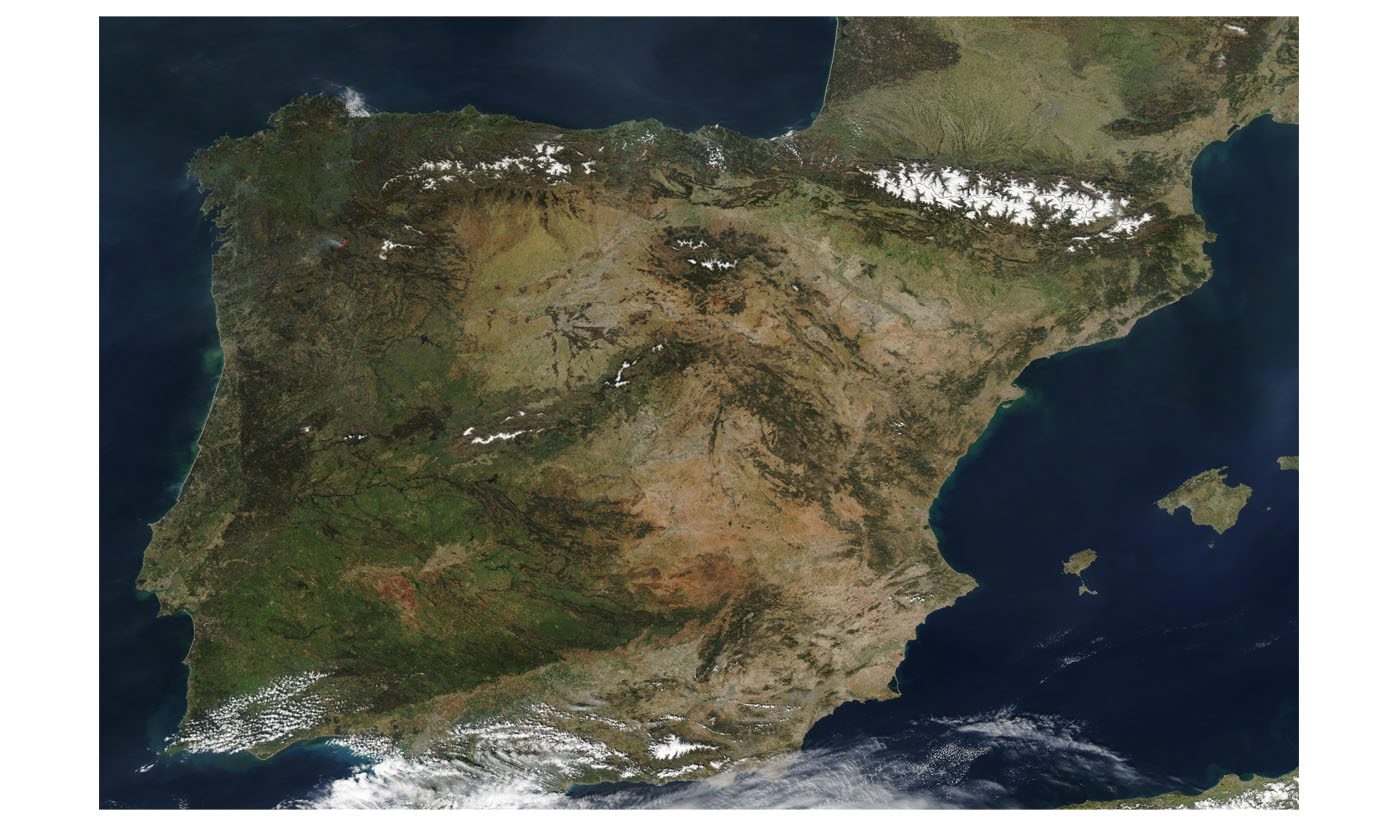 Portugal and Spain share the Iberian Peninsula in southwestern Europe, shown here in this true-color Aqua MODIS image acquired on March 20, 2003. This peninsula separates the Atlantic Ocean from the Mediterranean Sea, is separated from North Africa by the narrow Strait of Gibraltar, and is separated from the rest of continental Europe by the Pyrenees Mountains along the Spain-France border.

A central plateau, the Meseta, dominates the peninsula. This plateau averages 610 meters above sea level, and is surrounded by a number of mountain ranges. Madrid, Spain´s capital city, sits atop the Meseta, and can be seen as a gray smudge near the peninsula’s center. To the north of Madrid are four mountain ranges that cross the Meseta: the Sierra de Gredos and the Serra de Guadarrama, which run northeastward; the Serrania de Cuenca, which runs southeastward; and the Sierra de la Demanda, which sits at the apex of the other three ranges.

Also visible in this image are a number of fires, which are marked in red. A number of fires show smoke plumes at the 1 km resolution in the northwestern part of the peninsula; these plumes can be seen in more detail at the higher 500-meter and 250-meter resolutions.