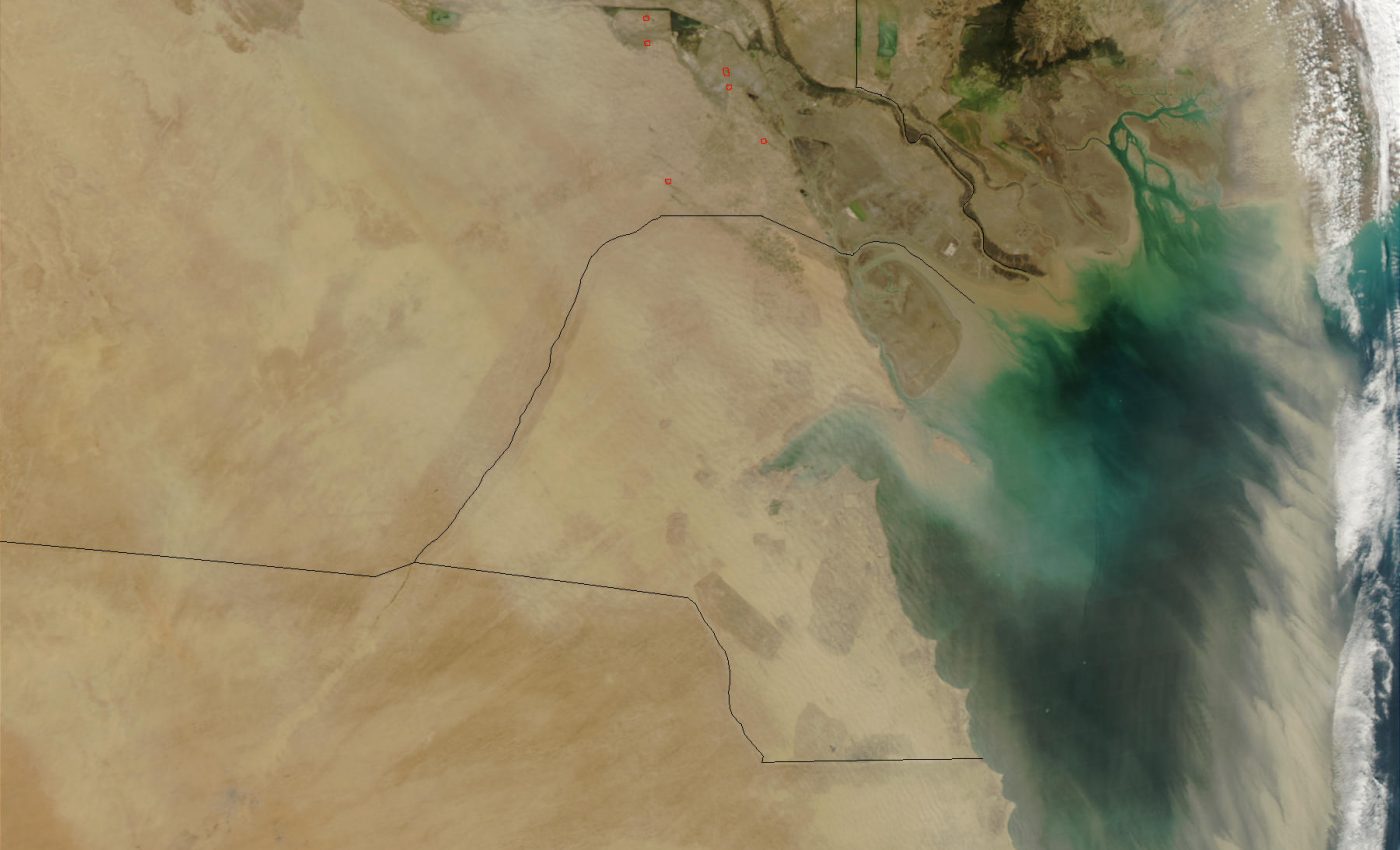 In late February, 2003, a Middle East dust storm created unusual patterns in the air over the Persian Gulf. At bottom in the image is Saudi Arabia. Also in center is Kuwait, at top left is Iraq, and at top right is Iran. A dust plume appears to be emanating from Saudi Arabia and stretching northward over the Gulf and into Iran. Meanwhile, another plume is blowing out over Kuwait. Several red dots in Iraq and Iran mark the location of thermal signatures. In Iraq, these may be associated with oil or gas wells. This image was acquired by the Moderate Resolution Imaging Spectroradiometer (MODIS) on the Aqua satellite on February 25, 2003.

Dust Storm in Kuwait and Oil reserves were discovered in commercial quantities in 1938. From 1946 to 1982, the country underwent large-scale modernization. In the 1980s, Kuwait experienced a period of geopolitical instability and an economic crisis following the stock market crash. In 1990, Kuwait was invaded, and later annexed, by Saddam’s Iraq. The Iraqi occupation of Kuwait came to an end in 1991 after military intervention by a military coalition led by the United States. Kuwait is a major non-NATO ally of the United States. It is also a major ally of ASEAN, while maintaining a strong relationship with China.