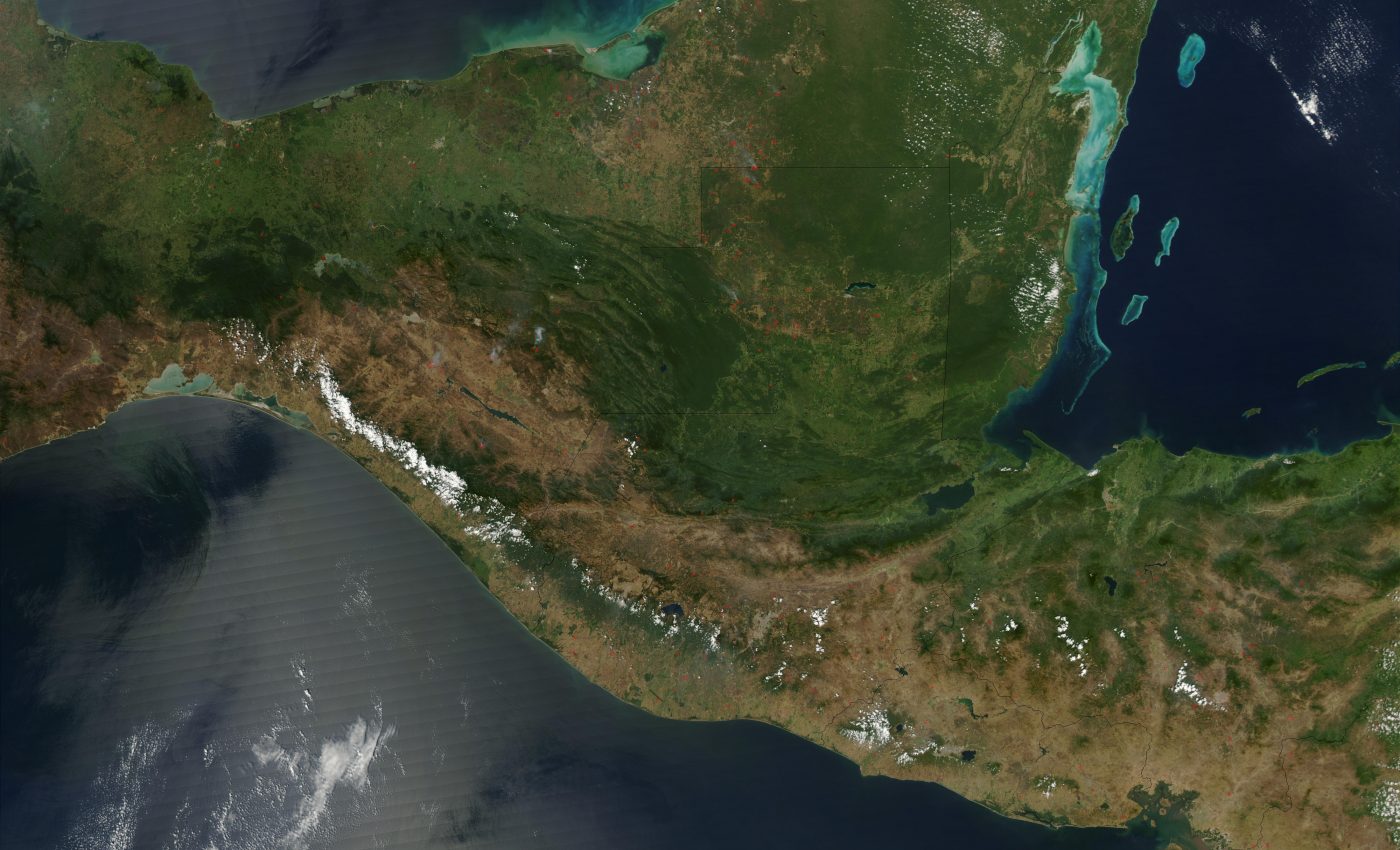 Fires (red dots) continue to burn across southern Mexico, the Yucatan Peninsula, and Central America. Countries shown are (from bottom right) Nicaragua, Honduras, El Salvador, Guatemala, Belize (to the northeast), and Mexico. At bottom left, sun glints off the Pacific Ocean. At top and right are the Gulf of Mexico and the Caribbean Sea.

Mexico is a country in the southern portion of North America. It is bordered to the north by the United States; to the south and west by the Pacific Ocean; to the southeast by Guatemala, Belize, and the Caribbean Sea; and to the east by the Gulf of Mexico. Covering almost 2,000,000 square kilometers (770,000 sq mi), the nation is the fourth largest country in the Americas by total area and the 13th largest independent state in the world.
With an estimated population of over 129 million people, Mexico is the tenth most populous country and the most populous Spanish-speaking country in the world, while being the second most populous nation in Latin America after Brazil. Mexico is a federation comprising 31 states plus Mexico City (CDMX), which is the capital city and its most populous city. Other metropolises in the country include Guadalajara, Monterrey, Puebla, Toluca, Tijuana, and León. Although Fires in Central America and Southern Mexico are common the amount has increased through out the years.