Summertime in the Persian Gulf • Earth.com

Summertime in the Persian Gulf 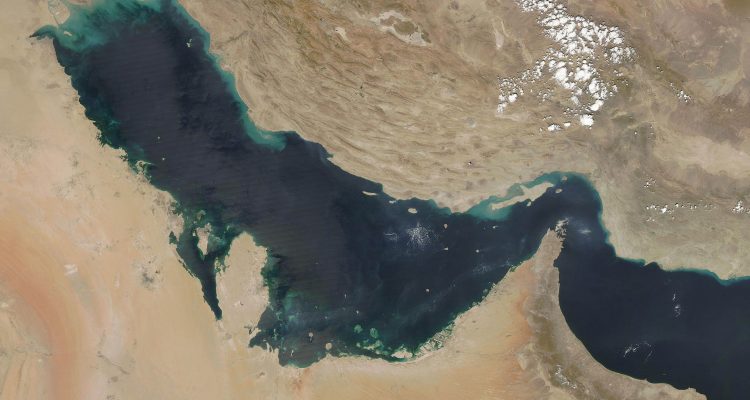 The Moderate Resolution Imaging Spectroradiometer (MODIS) aboard NASA’s Terra satellite captured a true-color image of the Persian Gulf on September 17, 2016.

The Persian Gulf is a shallow inland sea that lies between the Arabian Peninsula and Iran. It extends more than 600 miles (970 km) between the delta of the Shat al Arab River in the west to the Strait of Hormuz in the west. It Strait of Hormuz links the waters to the Gulf of Oman. Jewel-toned colors mark the sediment which are part of the inflow from the Shat al Arab River – a long river which flows for 615 mi (989 km) and carries the water of the Tigris and the Euphrates Rivers. In the southeast, additional roughly circular jewel tones mark coral reefs off the coast of the United Arab Emirates.

From the United Arab Republic moving clockwise, the countries that sit along the Persian Gulf are Saudi Arabia, Qatar, Bahrain, Kuwait, Iraq, and Iran. The Zagros Mountains lie north of the Persian Gulf in Iran. The Arabian Peninsula in the southwest is covered with vast tan, pink and white sand deserts.