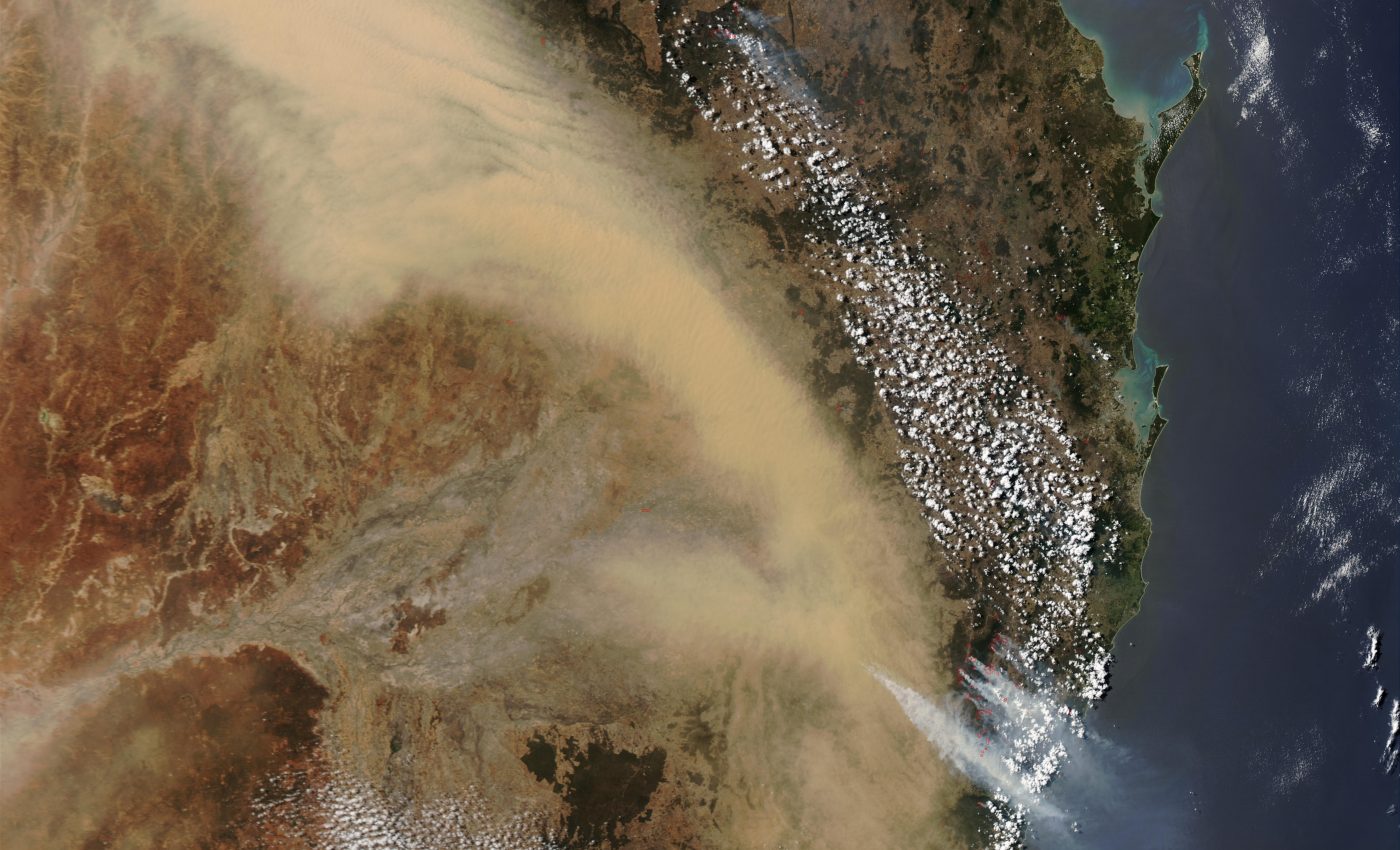 The Moderate Resolution Imaging Spectroradiometer (MODIS) on the Terra satellite of Dust Storm over Eastern Australia captured this view of a large dust storm (image center) blowing across eastern Australia on October 23, 2002. Scattered fires (red dots) are visible as well.

In terms of climate, the area is dominated by a humid subtropical zone. Also with some tropical (Queensland) and oceanic climate (Australian Capital Territory, Victoria, New South Wales) zones. Therefore In most situations, the eastern states are defined as those who use Australian Eastern Standard Time (AEST), and that is the definition that this article will adhere to, unless noted. Therefore the Dust Storm is a very common storm to happen in this area.

The eastern states of Australia are the states adjoining the east coast of Australia. These are the mainland states of Victoria, Queensland, and New South Wales; the Australian Capital Territory and Jervis Bay Territory, while not states, are also included. The term usually includes the island state of Tasmania. On some occasions, the state of South Australia is included in this grouping.