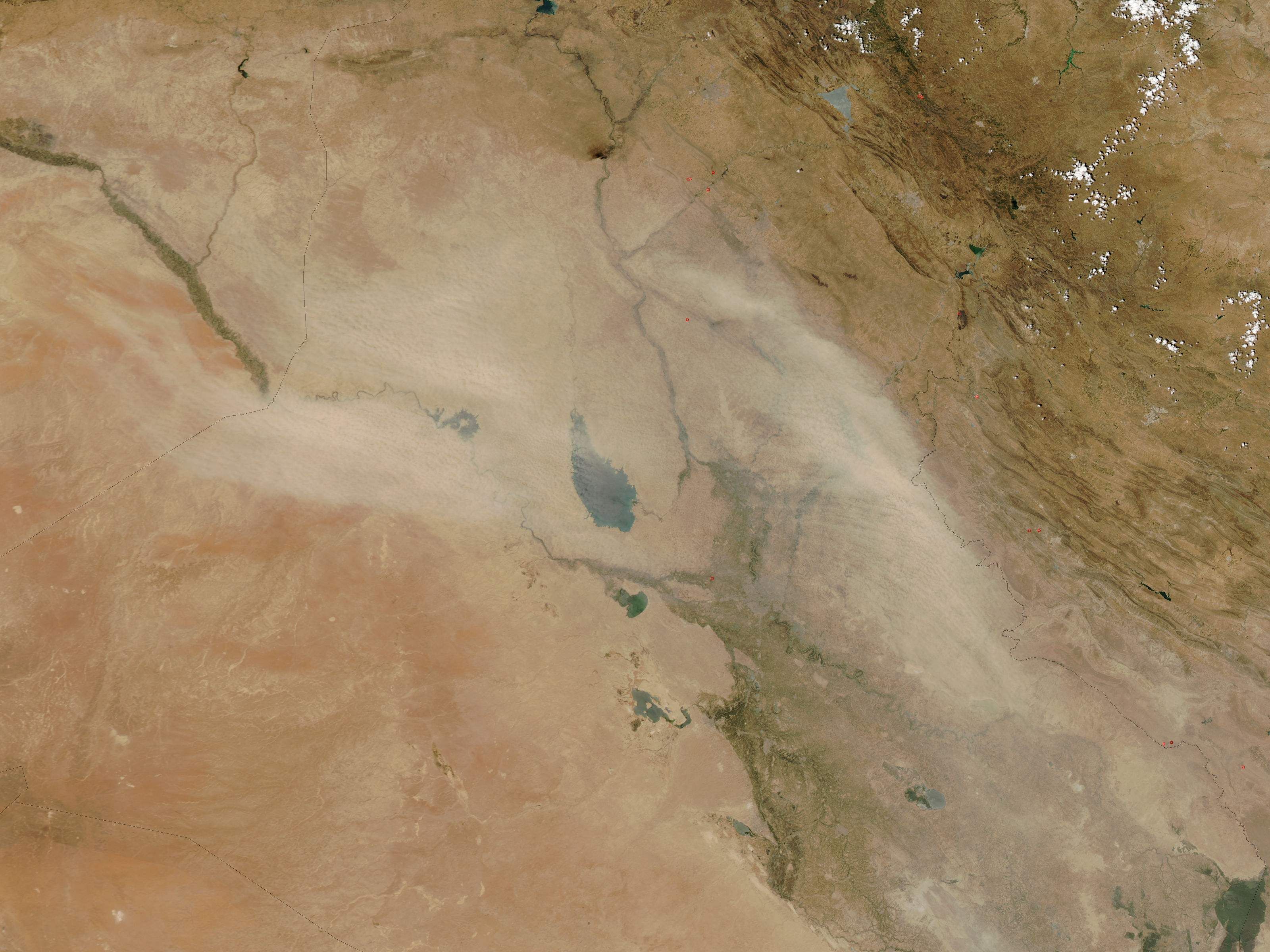 On July 4, 2016, the Moderate Resolution Imaging Spectroradiometer (MODIS) aboard NASA’s Aqua satellite captured this true-color image of a broad river of dust storms streaming across Iraq. The dust appears to have risen in the northwest, and blows from Syria southeastward. Part of the dust crosses the border with Iran. Dust storms streaming across Iraq has caused a lot of damage to the environment.

Dust storms driven by northwest (Shamal) winds are common in this region, and stand to become more common as climate change and land use practices increase desertification.

At a side meeting at the May 26, 2016, meeting of the United Nations Environmental Assembly (UNEA), discussions centered on the hazards of dust and sandstorms, as well as mitigation measures. They reported that well-known mitigation measures in semi-arid areas include stabilizing soil surfaces through mulching, shrub and tree plantation, windbreaks, and the erections of barriers. Barriers may include something as simple as dead vegetation. There was also a call for encouraging adoption of mitigation plans, as well as elaborating additional strategies to slow the anticipated increase in destructive dust storms. Therefore seen in the image above the sandstorms has spread. Also the dust rises in this storm causing problems for the animals and the agriculture.