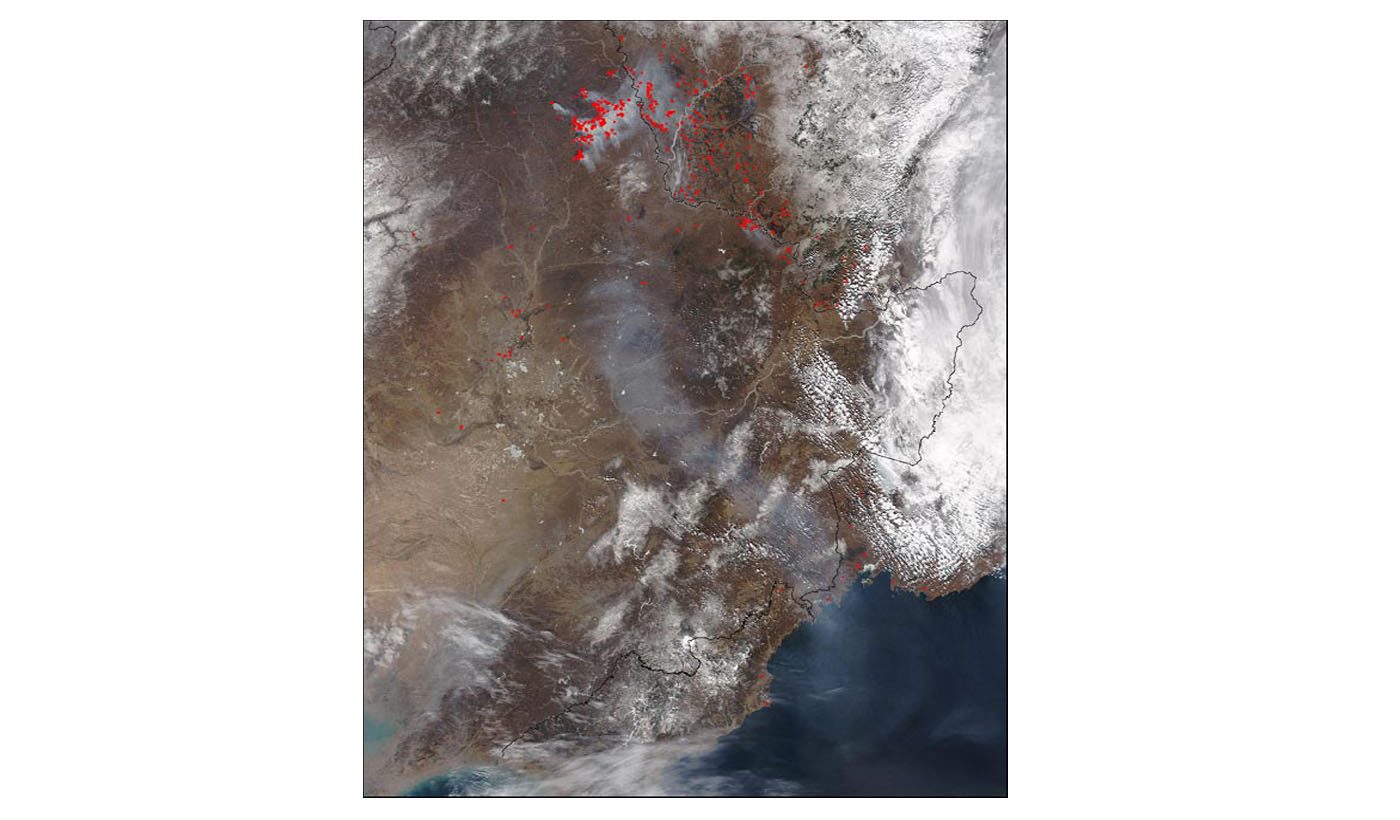 Early Season Fires in Northern China. Agricultural fires are burning in Northern China (south) and southern Russia (north) on March 28, 2003. The fires were detected by the Moderate Resolution Imaging Spectroradiometer (MODIS) on the Aqua satellite and are marked in red. Some of the fires are associated with dark brown burn scars.

The high-resolution image provided here is 500 meters per pixel. The MODIS Rapid Response System provides a copy of this image at MODIS’ maximum resolution of 250 meters.

Early Season Fires in Northern China is common. Northern china is a geographical region of China, consisting of the provinces of Beijing, Tianjin, Hebei, Shanxi and Inner Mongolia. It lies north of the Qinling Huaihe Line, with its heartland in the North China Plain.

In modern times, the area has shifted in terms of linguistic, cultural, socio-political, economic and genetic composition. Nowadays unique, embracing a North Chinese culture, it is heavily influenced by Marxism, Communism, Leninism, Soviet systems of farming while preserving a Traditional Chinese indigenous culture.

Therefore this region has been cultivating wheat. Also most inhabitants here nowadays speak variants of Northern Chinese languages. Therefore the standard (Mandarin), which includes Beijing dialect, which is largely the basis of Standard Chinese (Mandarin). Also the official language of the People’s Republic of China (PRC), and its cous