Southern Tip of Chile and Argentina 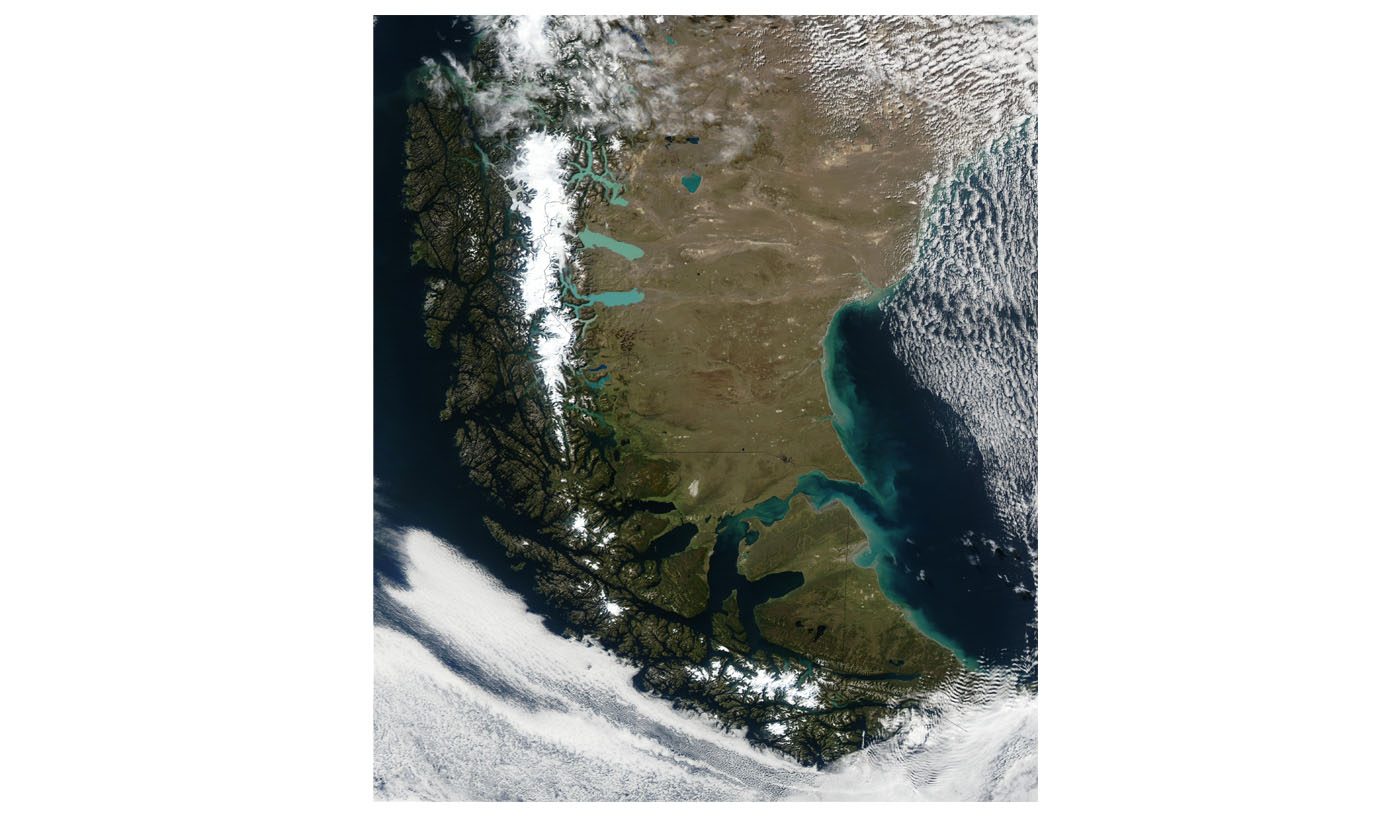 The Tierra del Fuego—a group of islands at the southern tip of South America. Also have some of the worst weather in the world. The rugged islands poke into the ocean current circling Antartica, and are almost continuously battered by high winds and covered by clouds. On March 28, 2003—an early fall day—the Moderate Resolution Imaging Spectroradiometer (MODIS) instrument aboard NASA´s Terra satellite captured this rare view of the islands and the Patagonia region of South America.

Even in this image, however, Cape Horn, the southernmost point on the continent, remains cloudy.

Magellan sailed between the Tierra del Fuego and the mainland in 1520 during his around the world expedition. Magellan named the region the Land of Fire when he saw fires along the southern shore of the Strait of Magellan. Subsequent settlement brought diseases which destroyed these cultures. The western Tierra del Fuego now belong to Chile, and the eastern side is part of Argentina.

Argentina, officially the Argentine Republic (Spanish: República Argentina), is a country located mostly in the southern half of South America. Sharing the bulk of the Southern Cone with Chile to the west.  Although this country is also bordered by Bolivia and Paraguay to the north, Brazil to the northeast, Uruguay and the South Atlantic Ocean. Therefore to the east, and the Drake Passage to the south. With a mainland area of 2,780,400 km2 (1,073,500 sq mi), Argentina is the eighth-largest country in the world, the fourth largest in the Americas, and the largest Spanish-speaking nation.

The sovereign state is subdivided into twenty-three provinces, Buenos Aires, which is the federal capital of the nation. (Spanish: Capital Federal) Although as decided by Congress. The provinces and the capital have their own constitutions. Also exist under a federal system. Argentina claims sovereignty over part of Antarctica, the Falkland Islands (Spanish: Islas Malvinas). Therefore and South Georgia and the South Sandwich Islands.