On the banks of the Danube River • Earth.com

On the banks of the Danube River 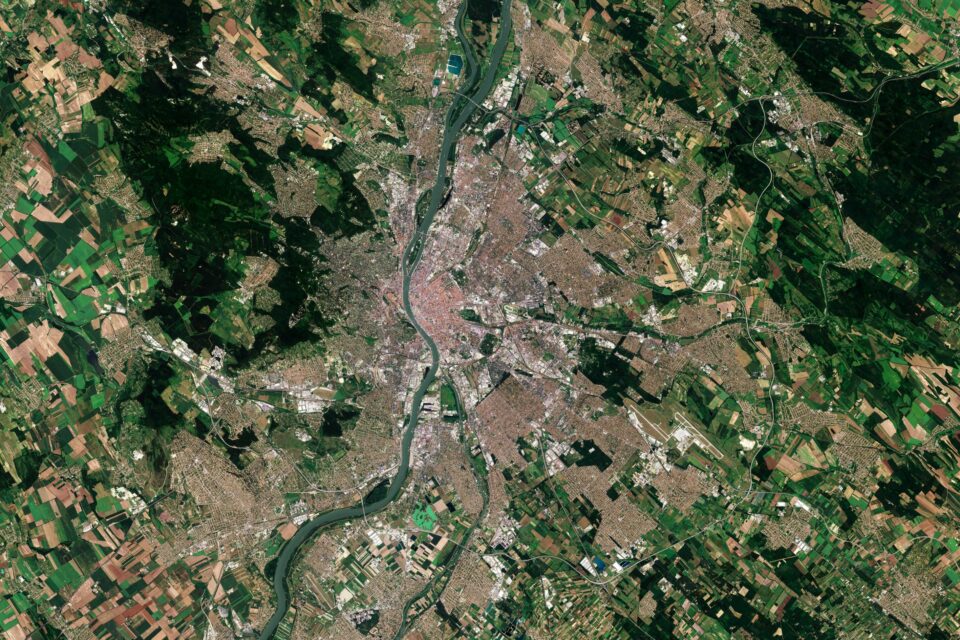 Today’s Image of the Day from the European Space Agency features Budapest, the capital city of Hungary. Budapest is located at the centre of the Carpathian Basin, a large basin in Central Europe.

The city is divided from north to south by the Danube River, which serves as a natural border that divides the city into two regions: Buda and Pest. These regions are connected by eight bridges. The oldest and best-known is the Széchenyi Chain Bridge, which was built in the 1840s.

According to ESA, agricultural production is important to Hungary’s economy, with around 93,000 square kilometers of cultivated land covering around 50 percent of the country’s total area. Some of the most important crops include corn, wheat, barley, and potatoes.

The image was captured by the Copernicus Sentinel-2 mission.