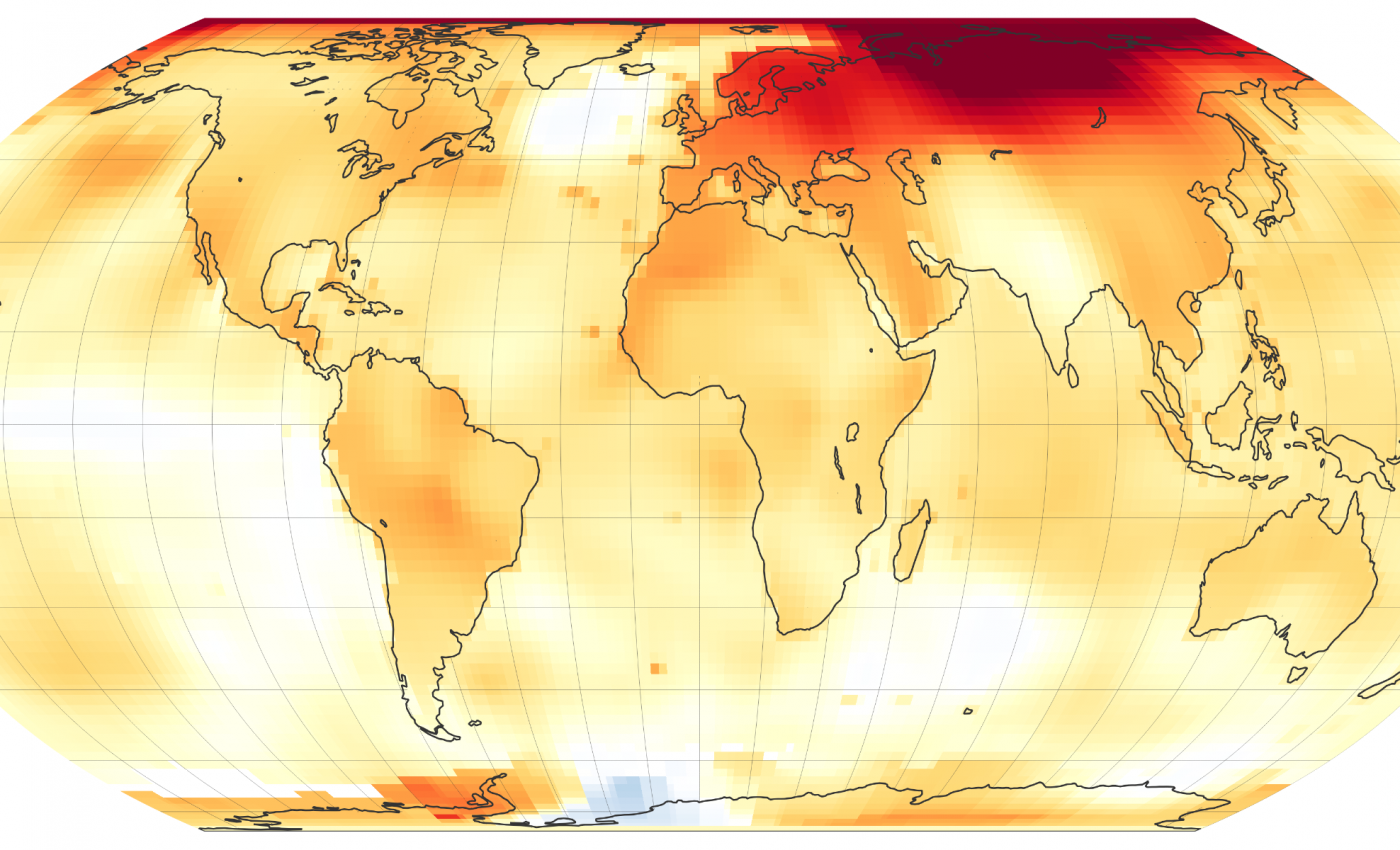 Earth’s warming trend continued in 2020. Today’s Image of the Day from NASA Earth Observatory features a map of global temperature anomalies in 2020, which tied with 2016 for the warmest year on record.

The temperature in 2020 was 1.02 degrees Celsius, or 1.84 degrees Fahrenheit, warmer than the baseline average from 1951 to 1980, according to scientists at NASA’s Goddard Institute for Space Studies (GISS).

“The last seven years have been the warmest seven years on record, typifying the ongoing and dramatic warming trend,” said GISS Director Gavin Schmidt. “Whether one year is a record or not is not really that important; the important things are long-term trends. With these trends, and as the human impact on the climate increases, we have to expect that records will continue to be broken.”

Some regions of the world are heating up faster than others, and warming patterns are the most pronounced in the Arctic. Earth’s warming trend continued in 2020

According to Schmidt, the region has been warming more than three times as fast as the rest of the globe over the past 30 years.

“The previous record warm year, 2016, received a significant boost from a strong El Niño,” said Schmidt. “The lack of a similar assist from El Niño this year is evidence that the background climate continues to warm due to greenhouse gases.”